The complexity and opacity of globalised commodity supply chains can make it extremely challenging for downstream actors like buyers, investors and consumer governments to deliver on commitments to improve the sustainability of supply chains. If these actors do not know where or whom they are sourcing from, their scope for action is limited, as is their ability to assess whether the action they do take is effective.

Trase data are unique in being able to map the subnational origin of supply chains and assess the risks associated with commodity buyers. Trase data have consistently shown that while companies and countries often source commodities from many places – their so-called supply sheds – the majority of their supply typically comes from a relatively small subset, and the majority of the deforestation linked to their supply from a smaller subset still. In this way, Trase data can highlight strategic entry points for change, demonstrating how sourcing, investment and campaigning decisions can be much more impactful by focusing on specific regions and companies.

For all the main commodities assessed by Trase in this Yearbook, less than a quarter of the producing regions – sometimes much less – account for more than half of the exports. In 2018 most exports of Brazilian soy and beef came from less than 5% of the municipalities that produced the commodity.

This pattern of concentration is even more striking in the distribution of deforestation that is embedded in commodity supply chains. In the case of Brazilian soy less than 1% of 2,318 soy-producing municipalities accounted for more than half of the soy deforestation risk associated with exports in 2018. The numbers are similarly low for Brazilian beef in 2017 (2% of 2,803 beef-producing municipalities), Argentinian soy in 2018 (2% of 205 soy-producing departments in the Chaco region) and Indonesian palm oil in 2015 (6% of 249 palm-producing kabupaten ).

The fact that the deforestation and associated environmental and social impacts linked with commodity production are typically concentrated in a fraction of the total production area has two key implications for supply chain sustainability. First, the problem is far more tractable than is often assumed; and second, that sourcing decisions matter.

While this pattern is generic, the case of China, the largest buyer of Brazilian soy and beef, provides a powerful illustration. In 2017 China imported 800,000 tonnes of beef from more than 1,200 municipalities in Brazil. However, just 25 of these municipalities accounted for half of the CO2 emissions risk from cattle deforestation. These include the municipalities with the highest rates of deforestation in the Amazon including Porto Velho (in Rondônia state), São Félix do Xingu (Pará) and Altamira (Pará), according to the most recent data from the Brazilian government. Even more striking is the fact that 25% of the total emissions linked to China´s beef imports came from only five municipalities – 0.4% of the 1200 that supply China. 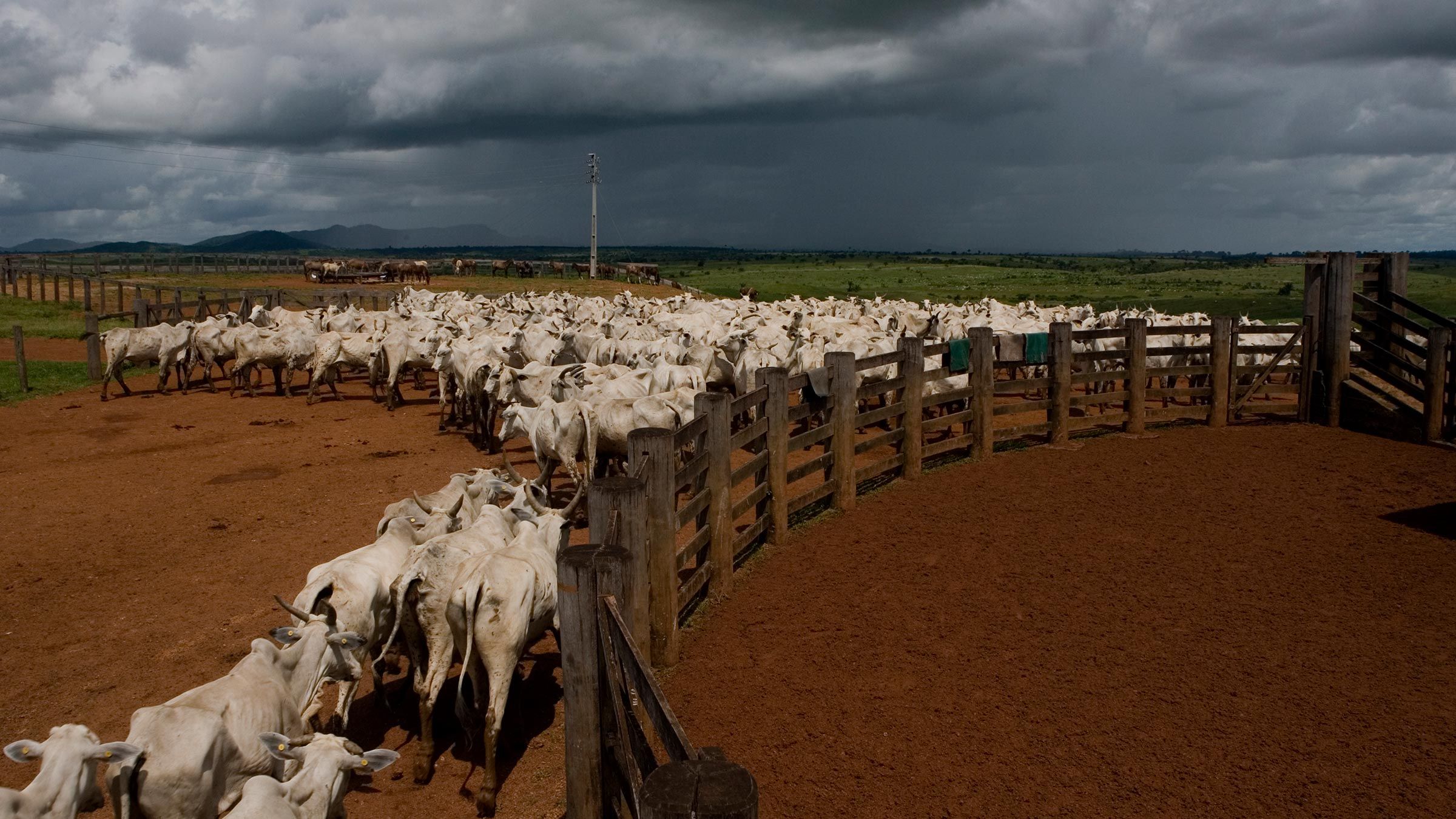 Specific deforestation frontiers are often responsible for the vast majority of the deforestation linked to the trade with consumer markets in different parts of the world. A prominent example of this is the Matopiba region of the Brazilian Cerrado , which is the largest soy-expansion frontier in Latin America. In 2018 clearance of Cerrado savannah in Matopiba was responsible for 88% of the deforestation linked to soy exports of all Brazil. While only 9% (6.8 Mt) of China’s soy imports in 2018 were sourced in Matopiba, they accounted for 77% (26,725 ha) of China’s soy deforestation risk exposure. The same pattern held for the EU, which sourced only 7% (915,600 t) of its soy imports from Matopiba while the region accounted for 61% (3,828 ha) of its soy deforestation risk exposure.

A recent study of GHG emissions in Brazilian soy supply chains using Trase data showed that exports of soy originating in Piauí state (the “pi” in Matopiba) were by far the most emissions-intensive, accounting for an average of more than 4.1 tCO2-eq per tonne of soy, 88% of which were from land-use change. This was a major reason why Spain, the most emissions-intensive buyer of Brazilian soy, had a GHG footprint per tonne of soy six times larger than that of China, which sources much higher volumes but less from deforestation frontiers. 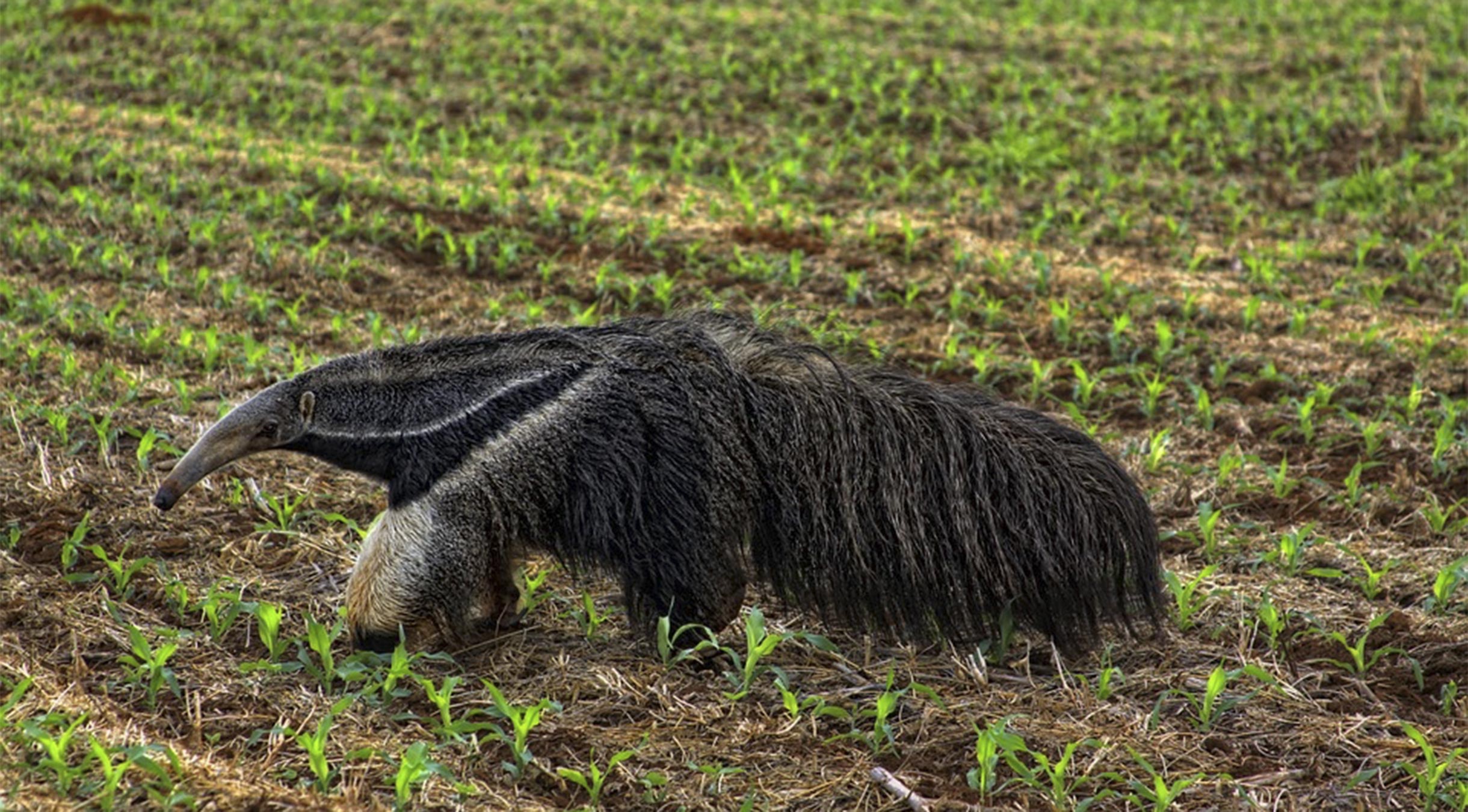 GIANT ANTEATER IN THE CERRADO

By linking Trase data and consumption-based accounts to detailed information on biodiversity loss it is possible to connect the loss of individual species to specific consumer markets, illustrating how sourcing patterns can drive disproportionate impacts. Between 2000 and 2010 the EU was responsible for nearly one quarter of the loss of habitat of the giant anteater, one of the charismatic megafauna of the Brazilian Cerrado. Soy consumption in the UK alone was responsible for 4% of the habitat loss – double the relative size of the UK market for Brazilian soy – due to the concentration of sourcing in the Cerrado.

Sourcing patterns matter equally for the deforestation risk associated with buying companies as that associated with countries. In general, the largest traders are exposed to the largest risks, but there are exceptions where specific companies have particularly strong connections to deforestation frontiers. For example, in the case of Brazilian beef, exports to China by Irmãos Gonçalves Comércio e Indústria and Mercúrio Alimentos have a disproportionately high deforestation and associated CO2 emissions risk compared to the volumes they trade. By contrast Mataboi’s exports to China mainly come from the state of Minas Gerais, which is not at the deforestation frontier, meaning that they are associated with far lower levels of risk given the volumes they trade. 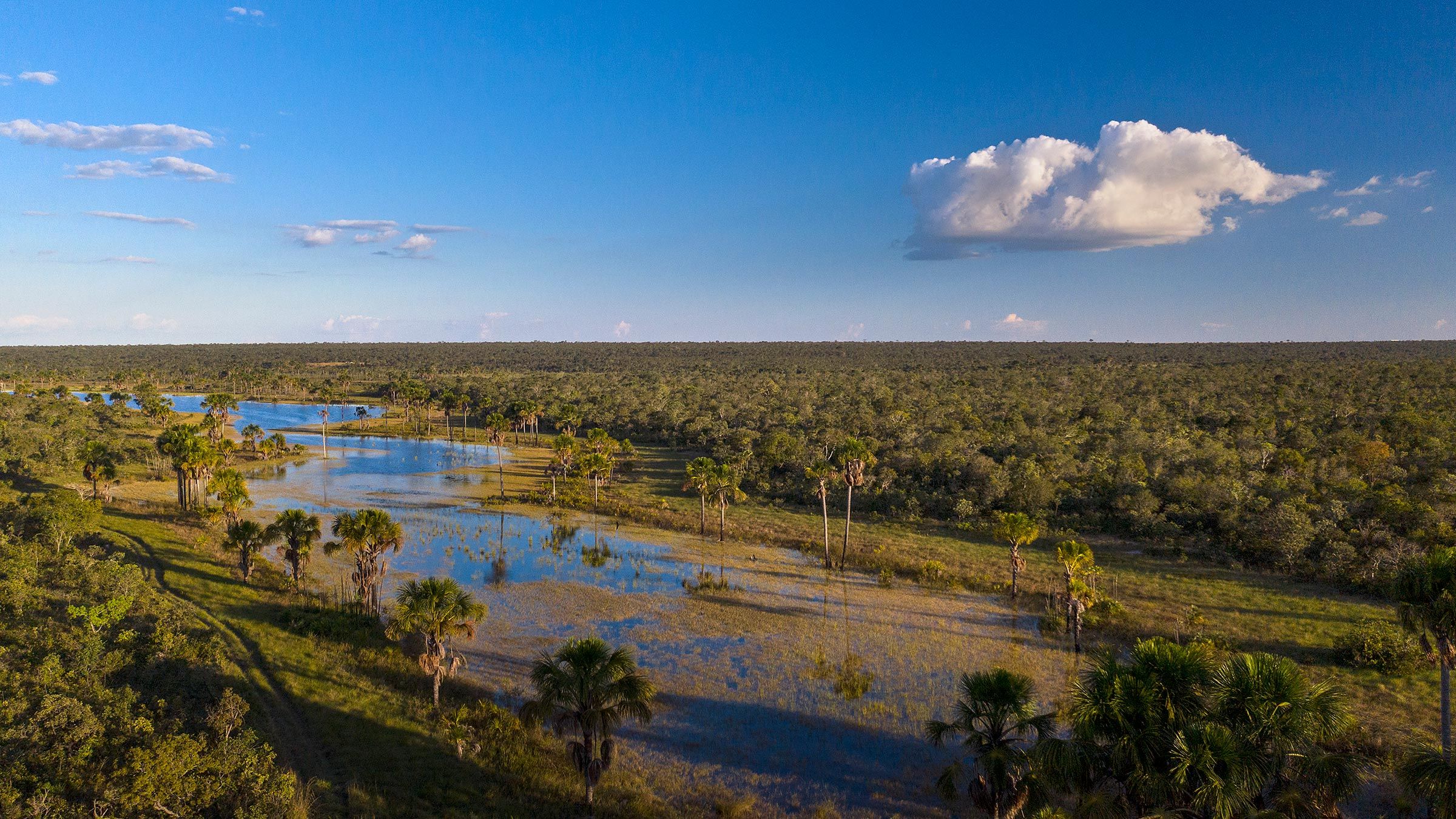 Another striking example in the soy sector is the case of ALZ Grãos, a joint venture between two of the ABCD companies , Amaggi and Louis Dreyfus, and Zen-Noh, that in 2018 had the second highest total deforestation risk exposure of any exporter – and far higher than either Amaggi or Louis Dreyfus – at 7,400 ha, for 1.9 Mt of exports, sourcing almost exclusively from Matopiba and exporting almost exclusively to China. ALZ has been pursuing an aggressive strategy of expansion in Matopiba since it began exporting in 2011, with year-on-year growth of almost 50%.

Outside of Brazil Minerva, one of Brazil´s largest beef traders, controlled over 40% of beef exports from Paraguay in 2018 following its acquisition of JBS’s Paraguayan subsidiary, yet is associated with some 70% of the total cattle deforestation risk linked to Paraguay´s exports – due to the fact that it sources heavily from the Chaco .

Different commodities are associated with markedly different levels of deforestation, resulting in very different levels of risk exposure for buyers. A particularly stark example is the contrast between exports of Brazilian chicken and those of beef; beef is associated, per tonne of exports, with more than 1,000 times as much deforestation as chicken, due to the fact that the soy and corn feed used to supply Brazilian chickens is sourced primarily from the south of Brazil, while the cattle industry covers much of the Cerrado and the Amazon .

Market segregation for different sub-commodities (such as meat offal) or processed commodities (such as soy cake and oil) can also mean that buyers are exposed to very different levels of deforestation risk. One of the clearest examples of this is the case of Brazilian beef exports, where live cattle exports (destined mostly for the halal markets of the Middle East) are disproportionately linked to deforestation in the Amazon – and carry nearly five times more deforestation risk per tonne than other cattle products the country exports (fresh and processed beef, and offal).

There are plenty of other examples where specific markets are exposed to more or less deforestation risk because of a preference for certain commodities. While exports of soy from the Chaco are relatively small compared to the rest of Argentina, the fact that most of the soy produced in the Chaco is crushed before export, and that the EU is a major market for soy cake, while China buys almost exclusively unprocessed soybeans, means that the EU is associated with five times as much deforestation risk as China per tonne of imports.