Some 80% of Indonesia's palm oil exports were covered by a zero-deforestation commitment in 2018. Traceability reports on sourcing to mills are a big step forward for transparency of the sector. Despite this, exports continued to be linked to deforestation risk.

Indonesia is the world’s largest palm oil exporter, accounting for 55% of globally traded flows. In 2018, Indonesia’s oil palm plantations covered more than 165,000 km2, an area around four times as big as the Netherlands. In 2018, most palm oil production (65%) took place on the island of Sumatra, with Kalimantan accounting for another 31%. 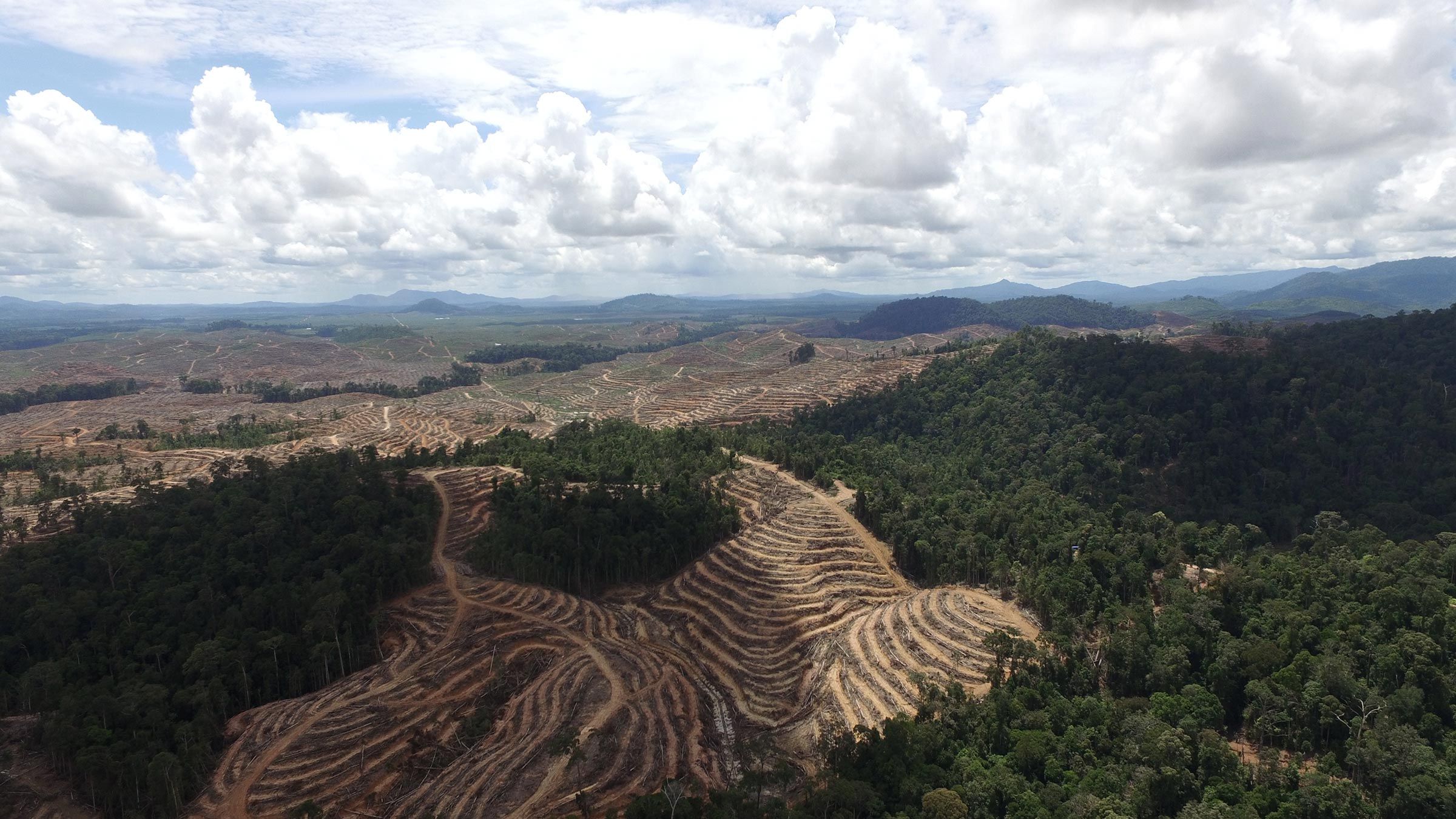 Nevertheless, deforestation rates are slowing in the archipelago, with a 45% decrease between 2015 and 2019, from 566,954 hectares to 309,852 ha. This pattern is also seen in West Papua and Papua provinces where the majority of Indonesia’s intact primary forests remain, with deforestation declining 56% in this same period from 80,751‬ ha to 35,344 ha .

Although Papua produced only 0.53% (167,468 tonnes) of Indonesia’s palm oil in 2015, it represents a possible new frontier of oil palm plantation expansion and associated deforestation.

India has been the main importer of Indonesian palm oil in recent years, followed by the European Union and China. The gap between the EU and China has been narrowing, with China overtaking the EU in 2019.

Domestic consumption is the largest market overall for Indonesian palm oil. It has been growing steadily since 2015 and the Indonesian government has ambitions to continue its expansion, including by increasing the mandatory share of palm oil-derived biofuel in diesel to 30% from the start of 2020 – the highest mandatory mix in the world.

First sector-wide view of palm oil and links to deforestation

The five largest traders of palm oil from Indonesia all provide traceability reports that identify the mills they source from. This level of public transparency, which covers nearly two thirds of all palm oil produced in 2015, far outstrips efforts in other commodity supply chains. However, the sheer number of mills each group sources from (between 200 and 450 out of a total known mill base of 1,096 mills) and the fact that these reports do not include the volume sourced from each mill, make it impossible to assess precisely how exposed they are to deforestation risk via the mills’ sourcing. In a promising sign, a few companies are now taking the next step and reporting volumes.

Trase has provided the first sector-wide map of palm oil sourcing, by aggregating and cleaning these traceability reports and connecting them to data on domestic and international shipments of palm oil by companies, company ownership of refineries, mills and plantations, and palm oil production. This is currently limited to 2015 due to data limitations but will be updated in the near future. 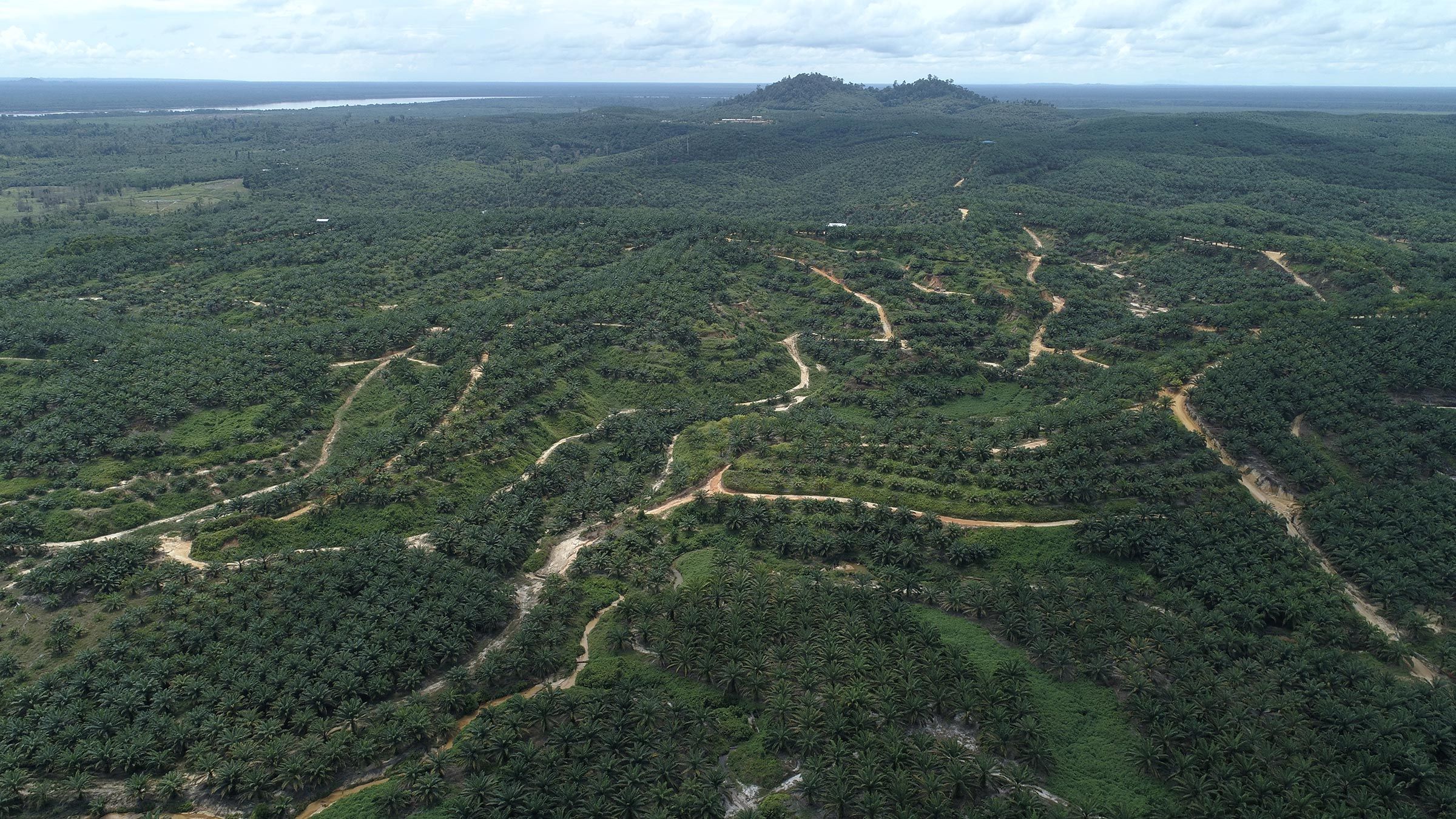 In Indonesia most zero-deforestation commitments (ZDCs) are framed as “no deforestation, no peat, no exploitation” (NDPE). In 2018, 81% of palm oil exports were covered by an NDPE commitment. This is a much higher level of ZDC coverage than most forest-risk commodities and the highest of all commodities Trase currently tracks. The large coverage is mostly due to the dominance of a small number of main exporter groups that have made NDPE commitments.

While the largest exporting groups directly controlled most of the refineries they sourced exports from, they controlled a much smaller share of mill capacity (with the exception of Sinar Mas). Mills and plantations are owned by hundreds of smaller corporate groups and individual companies, and hundreds of thousands of independent smallholders contribute towards production.

This creates a traceability challenge. However, the largest traders remain embedded in landscapes where deforestation risk is high, by virtue of the mills they do own (the top four exporting groups each own mill capacity equivalent to more than 1.5 Mt of crude palm oil) and through long-term relationships with independent mills. This gives them an opportunity to engage producers on the ground in these regions in order to achieve positive change.