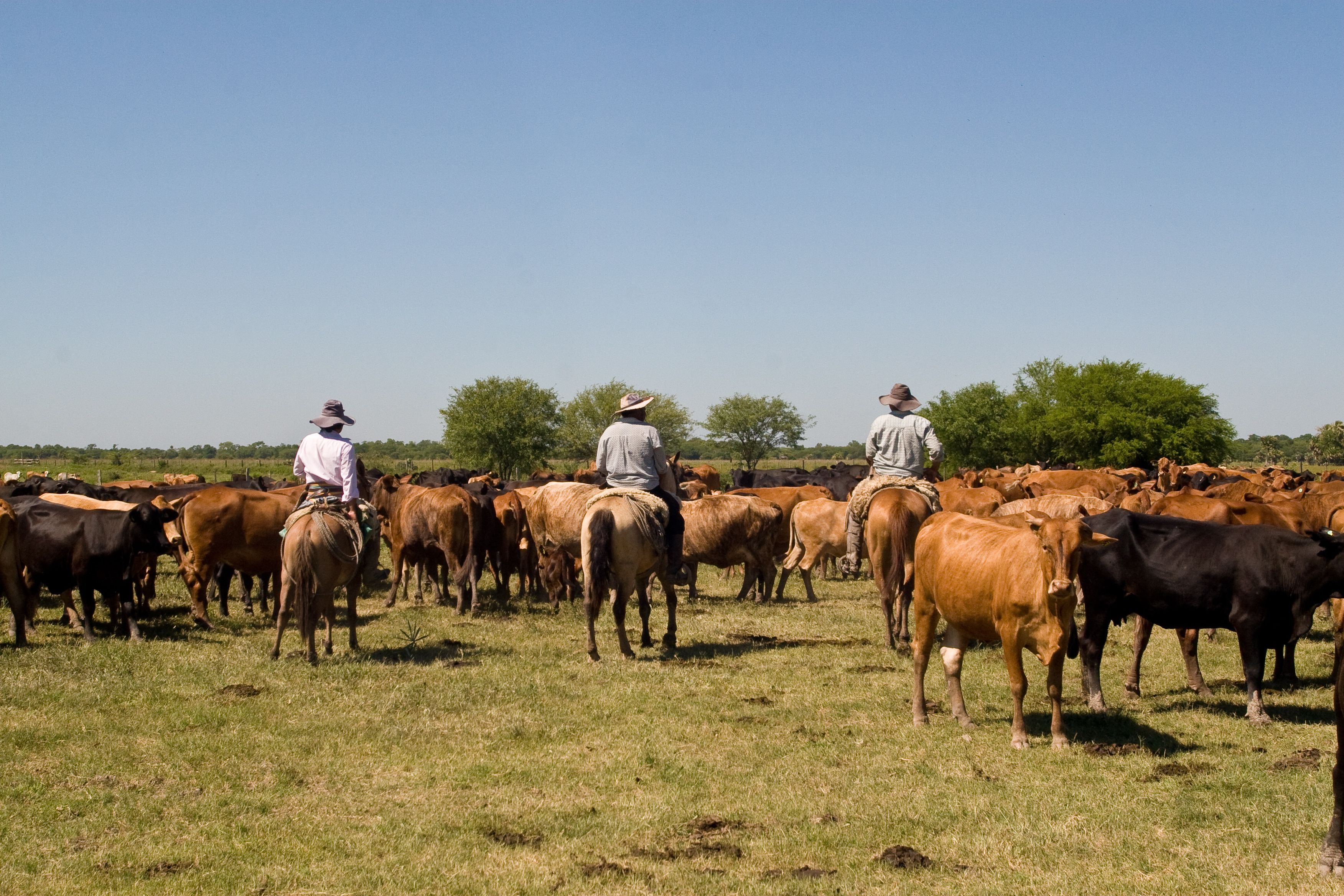 High deforestation risk for beef from the Paraguayan Chaco

None of Paraguay’s beef exports in 2019 were covered by a zero-deforestation commitment, despite high deforestation risk in the Dry Chaco .

The export market for the country’s beef is highly concentrated. Just 14 exporter groups traded Paraguayan beef in 2019. The top five accounted for 86% of export volume with just one company, the Brazilian trader Minerva, exporting almost half (45%).

A growing proportion of Paraguay’s cattle herd (47%) is raised in the western part of the country. Between 2010 and 2019, the Paraguayan part of the Chaco biome lost 2.4 million hectares of native vegetation, largely due to the expansion of pasture. The Dry Chaco region in particular has seen some of the highest rates of deforestation in the world in the past decade.

Much of the deforestation in Paraguay was permitted under Paraguayan law. While a zero-deforestation law applies to eastern Paraguay, in western Paraguay (including the Dry Chaco and most of the Humid Chaco), if a property is larger than 20 hectares, up to 45% of forest must be preserved as legal reserve and buffers for pasture and riparian areas.

Paraguay has ambitious economic development plans for the livestock sector that reportedly include a significant increase in the herd size. New roads in the Chaco, including the Bi-Oceanic Corridor, which will soon connect the Paraguayan Chaco to Brazilian, Chilean and Argentinian ports, are likely to bring further expansion of production and deforestation.

The deforestation risk of Paraguayan beef exports from the Paraguayan Chaco (dry and humid) is disproportionately high, even when compared to hotspots of risk in Brazil.

As the visualisation below shows, this risk is also highly concentrated. The beef exported by just five companies from Paraguay was associated with 94% of the deforestation risk of exports from the Chaco.

Despite this, according to Forest 500 assessments in 2020 and additional secondary research, none of the companies that exported beef from the country in 2019 had a public zero-deforestation commitment (ZDC) that applied to Paraguayan beef exports.

Although the largest exporter group, Minerva, has begun monitoring its direct supply chain in the Paraguayan Chaco, according to Forest 500 assessments in 2020 and additional secondary research, none of the companies that exported beef from the country in 2019 had a public zero-deforestation commitment (ZDC) that applied to Paraguayan beef exports.

There is currently little demand-side pressure on the industry. While Chile is a signatory of the New York Declaration on Forests (NYDF) , the Chilean government has so far not applied public pressure to Paraguay to address the rate of deforestation for beef production in the Chaco. None of the other main importers of Paraguayan beef are signatories of the NYDF or the Amsterdam Declarations , and the beef industry in Paraguay has so far escaped the kind of scrutiny the industry has attracted elsewhere, and especially in the Brazilian Amazon.

Deforestation for cattle pasture in the Paraguayan Chaco has been left unchecked by major beef exporters. But some progress has been made to improve monitoring of changes in land use in the region.

At the end of 2020, researchers at both the Humboldt University of Berlin and the multi-organisational initiative Mapbiomas produced collections for the Chaco which included annual land-use maps from 2000 through to 2019. These collections have enabled Trase to calculate territorial and commodity deforestation in the Paraguayan Chaco over an extended number of years.

The government’s monitoring of activity in the Chaco has also increased with the launch of a web app which detects cases of illegal deforestation in priority areas for conservation. To increase transparency, the Ministry of the Environment (MADES) has begun publishing all the environmental plans and licences which it approves, including for landowners to deforest land. Such moves have been backed by the Paraguayan Roundtable for Sustainable Beef , the cross-sectoral board of beef producers, retailers, environmental NGOs, researchers and government representatives, which formed in 2018 with the aim of promoting sustainability in the beef sector.

However, in 2021 the government cut the budgets of the MADES and the National Institute for Forests (INFONA), both of which are responsible for enforcing legislation to prevent deforestation. MADES’ budget is now so low it reportedly receives less in funds than some local districts .

National investment is urgently needed to protect the remaining natural vegetation in the Chaco. Last year’s fire season in the Chaco was so acute, citizens in the capital Asuncion woke up coughing due to the pollution, and a state of emergency was declared in the severely affected department of Boqueron.

Access to data about land-use change and supply chains has also been patchy in several critical areas. Until recently, there were no annual pasture maps in the Atlantic Forest, preventing the calculation of deforestation associated with beef production in this region. There has been recent pushback from the agricultural lobby against the use of transparency of information legislation to access data, specifically against accessing information which would indicate the location and movement of cattle.

Data in this article is based on the updated Trase Paraguay beef supply chain map (Version 1.2). Detailed methods, data sources and changes from the previous version are available for the supply chain map , beef deforestation risk , and the production and sustainability indicators .

To reference this article, use the following citation: Tyldesley, M. (2021). High deforestation risk for beef from the Paraguayan Chaco. Trase. https://doi.org/10.48650/7K7Q-YE27

This explainer is also available in Spanish .