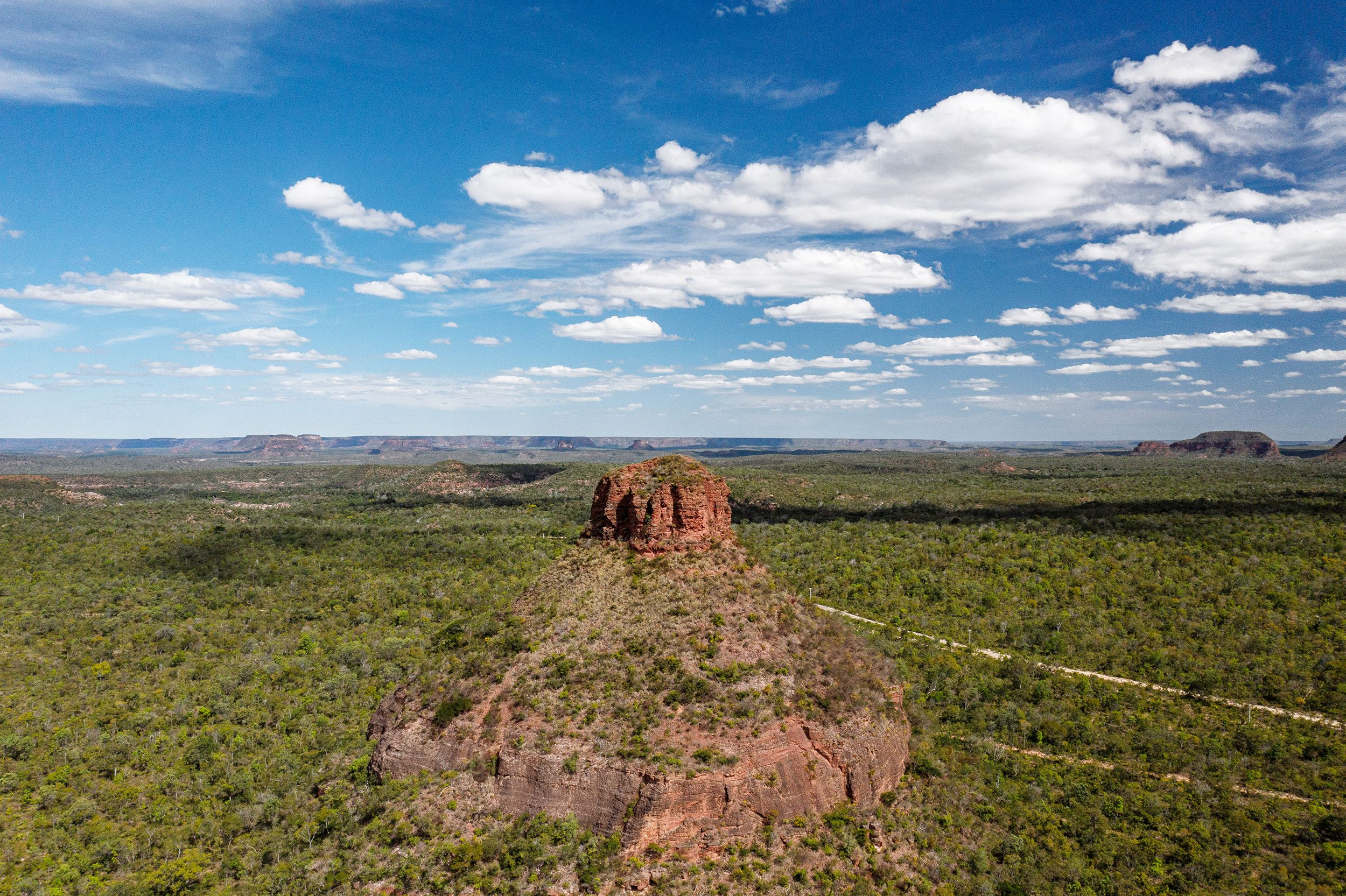 A narrow focus on protecting forests could increase pressure on other ecosystems in South America where most of the EU’s commodity-driven deforestation exposure is found.

Draft legislation by the EU designed to reduce its exposure to commodity-driven deforestation would fail to protect large areas of wooded savannah and grassland including in the Cerrado and Gran Chaco, according to Trase research.

The EU is the world’s third largest importer of agricultural commodities such as soy, beef and palm oil linked to tropical deforestation and climate change, surpassed only by China and India. Trase analysis shows that EU commodity imports were associated with 2.7 million hectares of deforestation in 2018.

The EU is considering a draft regulation to prohibit the sale of products unless companies can prove they are deforestation-free. Although the proposed regulation has been generally welcomed, there are concerns over the lack of the protection it offers to different types of ecosystems in commodity-producing countries. Trase was commissioned by the Greens/European Free Alliance (EFA) group in the European Parliament to investigate the implications.

As currently drafted, the EU regulations would only apply to land defined as ‘forest’ by the Food and Agriculture Organization, which is an area of land greater than 0.5 hectare on which there are trees higher than five metres with a canopy cover of more than 10%.

However, tropical regions where deforestation is taking place are complex mosaics of ecosystems or ‘biomes’ that do not fall neatly into this definition; for example, the Cerrado and Chaco, which comprise a mix of forest, savannah and other types of land.

Trase’s research shows that limiting the draft EU regulation to forests would leave three quarters of the Cerrado (79 million hectares) and a third of the Chaco (32 million ha) unprotected. It would also exclude 76% of the Pantanal (9.2 million ha) and 74% of the Pampa (6.6 million ha) (see figure). 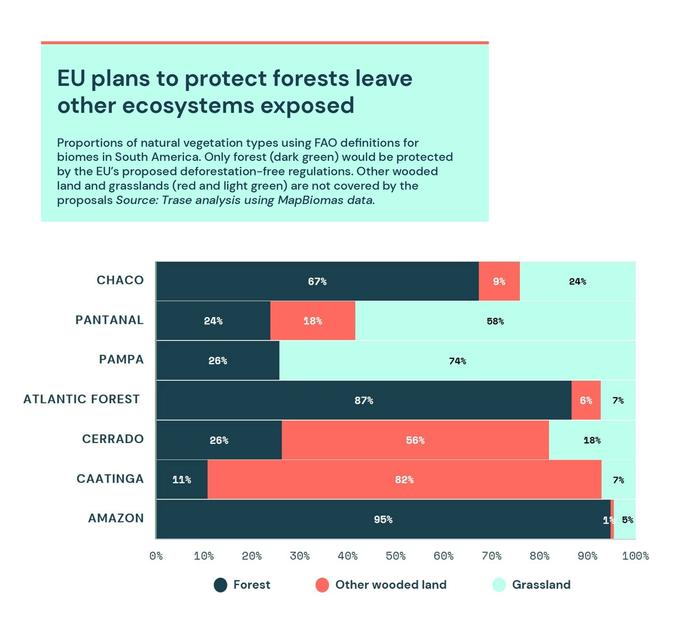 By excluding large areas of biomes such as the Cerrado, the proposed regulation would fail to prevent commodities associated with deforestation and conversion of native vegetation from being imported into the EU. To investigate the extent of this issue, Trase focused on soy and beef from Brazil, Argentina and Paraguay.

The Cerrado is at particular risk because its lands are suitable for farming and the majority of it is not protected under local laws. Trase finds that 82% of land converted from native vegetation to agricultural use in 2015-2020 would not be covered by the proposed regulation. The danger is that the EU regulation will displace land conversion onto unprotected areas.

The Greens/EFA asked Trase to assess the impact of extending the draft regulation’s coverage beyond the FAO’s definition of forest to include ‘other wooded land’, an existing FAO category under its forest definition. The research finds that this would significantly improve coverage, reducing the unprotected area in the Cerrado from 74% to 18%. It would also reduce the unprotected area in the Chaco from 33% to 24%.

However, this would leave large areas of grassland unprotected, including in the Cerrado, Pantanal, Chaco and the Pampas. In terms of how much natural vegetation remains, the Pantanal and the Pampas represent some of the most threatened biomes in South America.

The EU Greens/EFA are using the research findings to support their call for the proposed regulation to be amended to cover agricultural commodities produced on land converted from any natural ecosystems, not only forests and other wooded land.

Read the full research report: Proposed EU regulation on deforestation and forest degradation: Understanding the impact of excluding other ecosystems

For further analysis of the EU’s proposals, see the Trase policy briefing Strengthening the EU regulation on deforestation-free products