Coverage and effectiveness of zero-deforestation commitments

The past decade has seen a boom in commitments by companies to remove deforestation from agricultural supply chains. Fueled in particular by the Consumer Goods Forum resolution in 2010 and the New York Declaration on Forests (NYDF)  in 2014, the initial target was set at 2020. Private-sector commitments have started to be echoed by consumer country governments, mainly in Europe, including through the Amsterdam Declarations , and the European Union’s Action Plan on Forests , as well as by financial institutions.

Yet as demonstrated by the NYDF Five Year Assessment , there has been a wholesale failure to achieve the 2020 targets, and commodity supply chains remain the main driver of deforestation and habitat clearance across much of the tropics. Many commitments also still lack clear definitions and targets, including coverage of biomes, supply bases and cut-off dates, and very few companies and governments currently report progress towards implementing their commitments.

In the face of ongoing deforestation, and the increasing recognition of the scale and urgency of the climate crisis, some influential actors are starting to shift their stance, learn from mistakes to date, and invest in more mature responses to improve the sustainability of how commodities are produced, traded and consumed. Part of this shift is a recognition that much more collective action is needed, seen, for example, through the Tropical Forest Alliance's Collective Action Agenda , and the Forest Positive Coalitions of the Consumer Goods Forum, which are explicitly focused on sector-wide, rather than supply–chain-specific changes. Increased efforts are also under way to improve the transparency and standardisation of reporting on supply chain traceability and the implementation of commitments .

In providing the only source of data that can track the coverage across production regions and deforestation risk associated with committed and non-committed buyers, Trase has a key role to play in helping to assess the effectiveness of this redoubling of efforts and to identify priorities for action.

Traders represent a bottleneck in the supply chain, and as such play a critical role in any transition to zero-deforestation supply chains through their market leverage and deeply rooted connections to production regions via assets and long-term sourcing relationships. 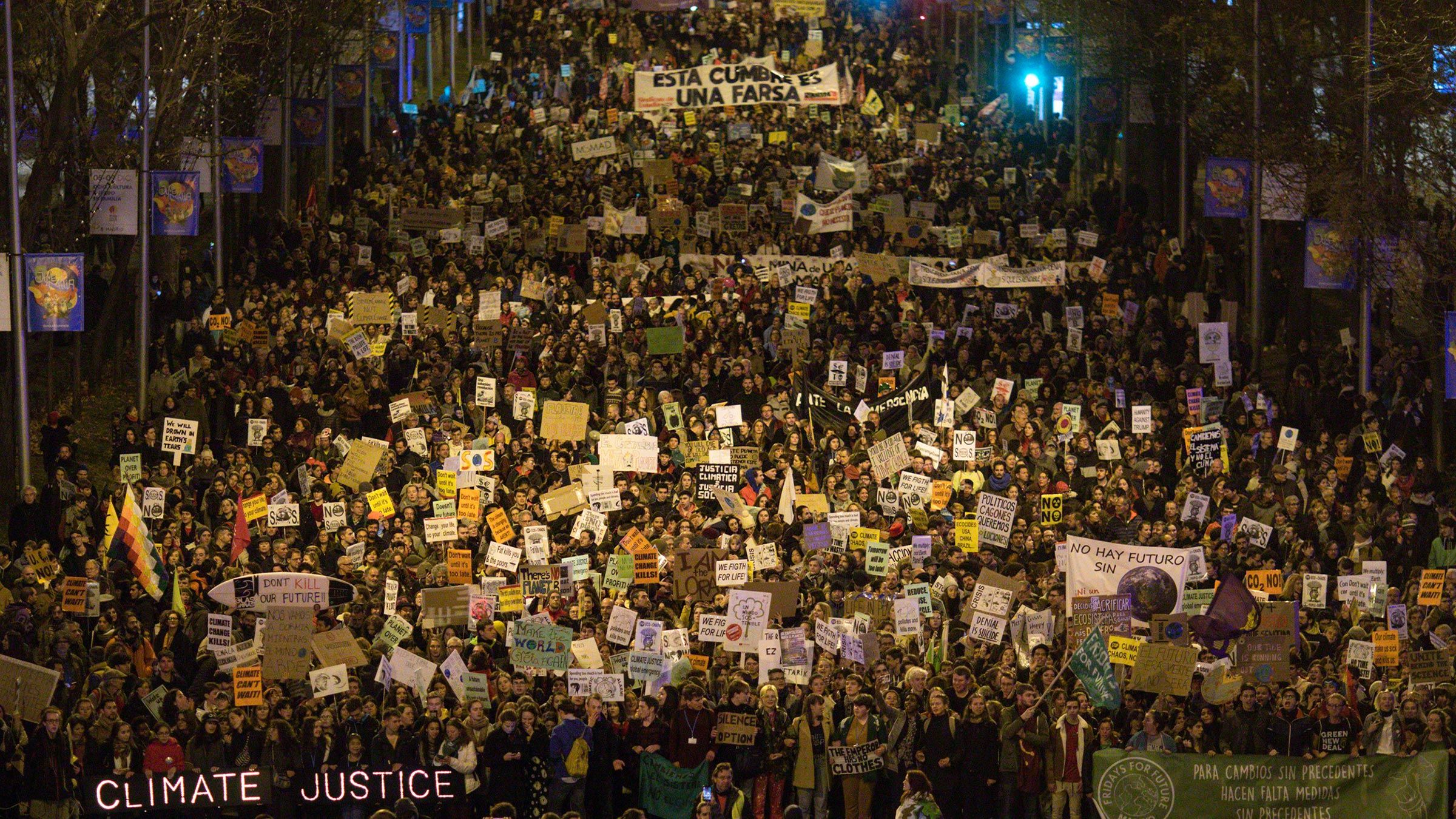 Across the commodities currently being assessed by Trase the share of commodity exports (by volume) covered by traders’ ZDCs is by far the highest in the case of Indonesian palm oil (81% in 2018). However, palm oil is the exception. Only around two thirds of soy exports from Argentina, Brazil and Paraguay are covered (58–64%), falling as low as one third (32%) in the case of Brazilian beef, while none of Paraguay´s beef exports were covered by commitments in 2018 , despite expansion of cattle pastures in the country driving some of the highest rates of deforestation in the world .

The picture is more complex when looking at individual biomes. Commitments in the Brazilian Amazon are high for both soy (89%) and beef (84%), driven by continued and intense public scrutiny around this iconic biome, and underpinned by bespoke mechanisms, including the Soy Moratorium , which bans soy exports from land deforested after 2008; and legal contracts (TACs) with slaughterhouses and the G4 agreement with the three largest meatpackers in the case of beef.

By comparison, coverage of commitments in the Cerrado , where soy deforestation rates and risks associated with exports are much higher than in the Amazon, and more deforestation is legally permitted under Brazil’s Forest Code, only 61% of soy exports and 20% of beef exports are controlled by traders with a ZDC. New commitments covering the Cerrado by the Chinese trader COFCO and “ABCD” trader Louis Dreyfus in 2017 indicate that the situation is improving.

Looking at the Chaco biome, only 50% of soy exports from the Argentinian Chaco were covered by a ZDC in 2018, despite exports having a relative deforestation risk that is double that of soy exports from the Brazilian Amazon. In Paraguay, while 64% of soy exports are covered by a ZDC nearly all the production of soy in Paraguay comes from the heavily deforested Atlantic Forest biome, where deforestation has been illegal since 2004. While there is currently very little soy in the Chaco, there are signs that expansion could increase rapidly in the coming years. As noted, none of the traders exporting beef from Paraguay currently has a ZDC .

Of the 10 largest exporters of Brazilian soy (by volume) in 2018 four, Glencore, Gavilon, Engelhart and Coamo, did not have any ZDC that extended beyond the Amazon (although Glencore introduced a new soy ZDC in 2019, covering all of its sourcing).

The three main exporters of Brazilian beef – JBS, Marfrig and Minerva, which together accounted for 68% of exports in 2017 – have signed the G4 and TAC agreements that cover the Amazon region. Only Prima Foods (the fourth largest exporter, with a 6% share of exports, previously named Mataboi) has a ZDC that covers all its exports. The gaps in coverage are particularly evident in the Cerrado, where Trase anticipates that around 400,000 ha of land deforested in 2017 will be used for cattle pasture within five years, based on previous patterns of land conversion. The three traders with the highest shares of export-related beef deforestation risk in the Cerrado in 2017 were JBS (15% total deforestation risk), Minerva (9%) and Marfrig (6%) , although in 2019 JBS broadened its commitment to cover all sourcing regions, including the Cerrado .

Minerva, which controls over 40% of Paraguay’s beef exports and is exposed to more than two thirds of export-related deforestation risk, has yet to extend its ZDC beyond the Amazon biome.

The latest data available on the commodities currently covered by Trase show that, in general, coverage by ZDCs makes no significant positive difference in the deforestation risk associated with commodity exports. Strikingly, the largest difference can be seen in the case of Brazilian beef, but in this case exports handled by committed companies are associated with a much higher deforestation risk than those without. This is because these companies’ commitments are focused on the Amazon biome where, in contrast to soy, the expansion of cattle pasture remains the major direct driver of deforestation.

Nevertheless, many commitments are recent, and it is too early to draw conclusions about their effectiveness over time. Many major trading companies are exposed to high levels of deforestation risk because they source large volumes from high-risk areas. Here Trase data can provide an important baseline for assessing future changes.

One sector where Trase can assess the overall impacts of commitments more closely is Brazilian soy exports. The Soy Moratorium, a multi-stakeholder commitment by traders to avoid the purchase of soy planted on land deforested after 2008 in the Brazilian Amazon, has played a key role in massively reducing direct deforestation for soy in the Amazon. However, Trase data show that there is currently little evidence of a reduction in deforestation risk associated with committed traders operating in the Cerrado, where the vast majority of soy deforestation in Brazil occurs. Time-series data to conduct the same assessment of exports of Indonesian palm oil, where country-wide levels of deforestation have fallen in recent years, are not currently available through Trase.

Trase data similarly continue to find no clear distinction in the overall level of deforestation risk associated with imports to European countries that are signatories to the 2015 Amsterdam Declarations compared to the market average.

A form of leakage can also occur between actors if companies that shift their sourcing away from deforestation frontiers are simply replaced by other companies, including those that do not have ZDCs. There is increasing recognition of the need to take a more sector-wide approach to reducing deforestation, including through efforts to expand the Soy Moratorium from the Amazon to the Cerrado , and work by the Forest Positive Coalitions of the CGF for companies to apply due diligence not only to their direct suppliers but to the entire supply base of their suppliers.