In all the commodity supply chains covered in the Trase 2020 Yearbook, five trading companies control more than half of exports by volume. In the cases of Indonesian palm oil, Paraguayan soy and meats from Latin America, this share rises to more than 70%. These bottlenecks in the control of global supply chains, coupled with the fact that many of the dominant traders have adopted zero-deforestation commitments (ZDCs) , provide important opportunities to realize the transition to more sustainable, zero-deforestation production.

In addition, the same major trading companies  are active across different countries and commodities, particularly when it comes to oilseeds. For example, the so-called ABCD companies – ADM, Bunge, Cargill and Louis Dreyfus – who along with China’s COFCO make up the top five exporters of soy from Brazil, are all among the top 10 soy exporters from Paraguay and Argentina. Between them they traded 53% of all soy exported from Argentina, Brazil and Paraguay combined in 2018. Cargill and Louis Dreyfus also export palm oil from Indonesia, while COFCO is a major importer.

The situation is somewhat different for meat exports. Of the three dominant exporters of Brazilian beef – JBS, Minerva, and Marfrig – only Minerva is also active in Paraguay (after acquiring JBS’s subsidiary in 2017), while JBS is also the second largest exporter of Brazil chicken.

However, recent years have seen the emergence of several fast-growing traders. Prominent examples from the soy sector include ALZ Grãos, which exported 1.8 million tonnes of soy from Brazil in 2018 (making it the 12th largest exporter) up from 320,000 t in 2011 (the 20th largest exporter), and Sodrugestvo, a Russian trader that exported just 60,000 t of soy from Brazil in 2012 and 1.7 Mt from Brazil and Paraguay in 2018 (moving from 23rd to 14th in the ranking across both countries).

Deforestation risk linked to exports is similarly concentrated in the hands of the dominant exporting companies, although most, including the ABCD soy exporting companies, have made ZDCs. The lowest levels of deforestation risk concentration in the hands of the largest five traders of any given commodity are found in Brazilian and Argentinian soy exports: 46% in Brazil (for 56% of exports), 51% in Argentina (for 63% of exports). In other supply chains the top five traders’ shares of the deforestation risk are much higher, between 70 and 85%, almost directly in proportion to their shares of exports (70% of risk for 71% of exports for Paraguayan soy, 85% of risk and 92% of trade for Paraguayan beef, 74% of risk and 76% of exports for Brazilian beef and 73% of risk for 74% of exports for Indonesian palm oil).

These patterns of dominance are partly explained by China’s large domestic capacity for processing (crushing) soy, meaning that it imports predominantly soybeans, whereas the EU imports more processed soy cake. Some 83% of Brazil’s soy exports are in bean form,while Argentina specialises in exporting crushed soy products. The EU imported 23% of Argentina’s soy exports in 2018, while China bought more than 80% of Argentina’s far smaller soybean exports .

Looking at beef, China imported 31% of Brazil and Paraguay’s combined beef exports in 2017, while the EU imported only 7% . China’s imports of Brazilian beef increased 62% between 2015 and 2019, when they accounted for 44% of China’s total beef imports (considering both mainland China and Hong Kong).

China overtook the EU in 2019 to become the second largest importer of Indonesian palm oil. According to China’s latest Agricultural Outlook , it intends to further increase imports of all soy, beef and palm oil over the coming decade to meet rising domestic demand.

The dominance the Chinese market means that action on sustainable sourcing from both Chinese buyers and the Chinese government will be essential to drive a transition to zero-deforestation production. Emerging Chinese leadership on international biodiversity and climate change goals is therefore encouraging, and offers a potential entry point for action on imported deforestation and emissions. Nascent signs of industry action, including the 2017 Sustainable Meat Declaration signed by the China Meat Association and 64 companies and COFCO’s ZDC and US$ 2 billion sustainability-linked loan, suggest growing awareness and engagement on sustainable sourcing.

The fallout from the African swine fever outbreak in China that started in 2018 illustrates the strong interdependencies between major consumers, producers and deforestation. The severe impact of the outbreak on China’s domestic pig herd led to a large drop in soybean imports in 2018 and 2019, due to reduced demand for feed. At the same time, China increased its meat imports, including of Brazilian beef, chicken and pork, as can be seen in the data present in this Yearbook. China’s demand for palm oil from Indonesia and Malaysia simultaneously increased, because soy oil – a byproduct of soy crushing – had become scarcer and more expensive. Brazil has also benefited from the recent US-China trade war, but the implications of the recent trade deal between the two remain uncertain. 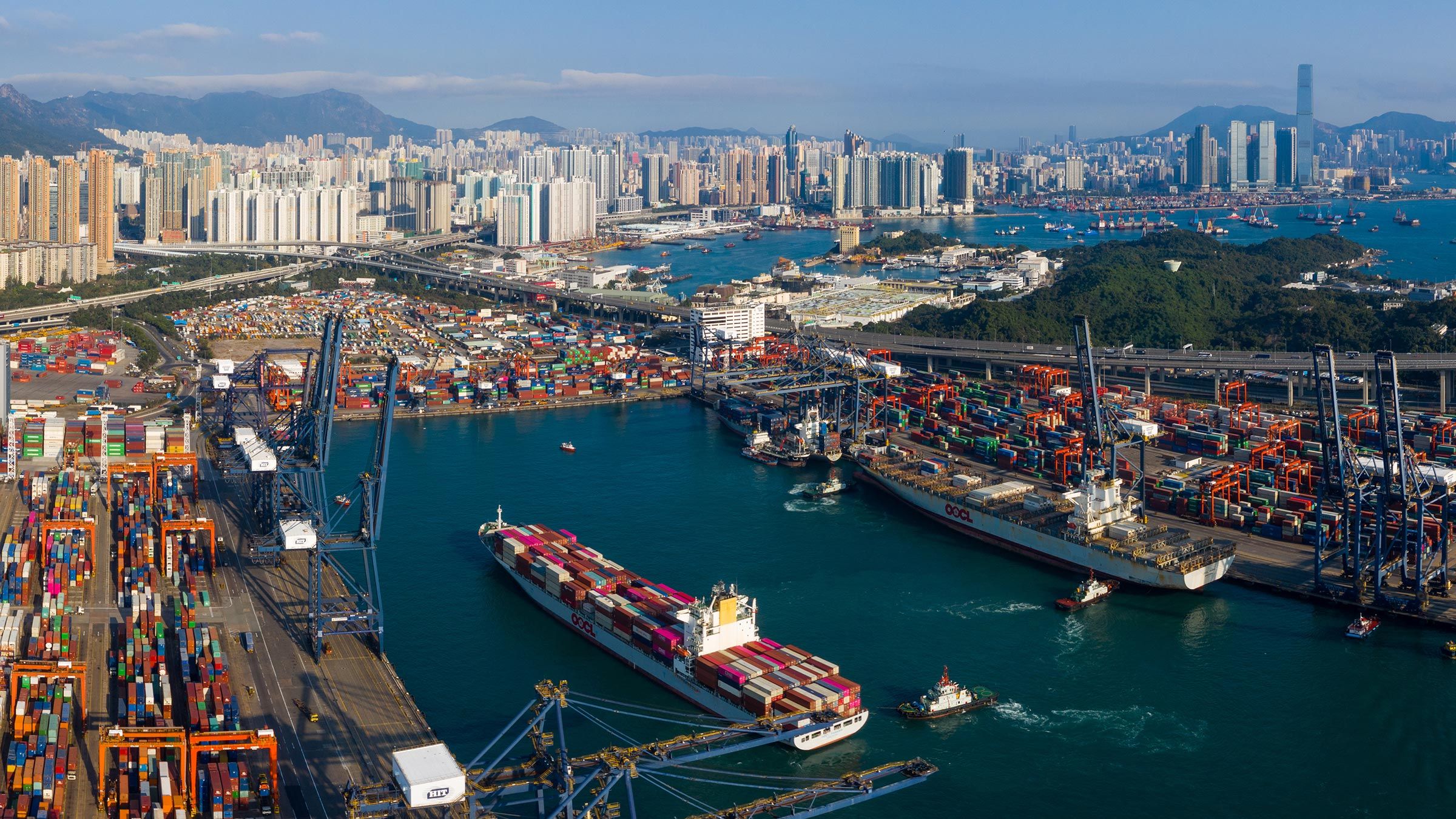 The EU remains the second-largest export market for forest-risk commodities after China. A recent study estimates that the EU had the highest exposure to deforestation embodied in imports of any consumer region at nearly 300,000 ha per year from 2005 to 2013.

Although the EU has imported much less soy from Brazil than China, over the past decade its imports have consistently been associated with more deforestation risk per tonne – with the exception of 2018. On average, over this period the EU has been exposed to twice the relative deforestation risk (1.5 ha per kt of soy imports) that China has (0.75 ha/kt). The same pattern holds in the case of imported Argentinian soy, where the EU’s relative risk, at s 0.074 ha/kt, is more than four times as big as China’s 0.018 ha/kt in 2016–2018.

The situation is reversed in the case of Brazilian beef. China’s relative deforestation risk exposure through its imports is 59 ha/kt, compared to the EU’s 27 ha/kt. This is because the EU’s imports mostly come from cattle raised in southern Brazil. The EU’s approval of imports from more states in the Brazilian Amazon, as they are declared free of foot and mouth disease, could also increase its risk exposure in the coming years. The region also has significant exposure to deforestation risk from its imports of beef from Paraguay of 6,500 ha in 2018 (596 ha/kt).

The EU has recently stepped up its ambition to reduce its deforestation footprint and encourage the consumption of products from deforestation-free supply chains, through its 2019 Communication to Step Up Action to Protect and Restore the World's Forests. In February 2020 the EU launched an impact assessment of regulatory and non-regulatory measures to minimise the risk of deforestation and forest degradation associated with products marketed in the EU and in its May 2020 Farm to Fork Strategy it commits to “present in 2021 a legislative proposal and other measures to avoid or minimise the placing of products associated with deforestation or forest degradation on the EU market”.

However, the ratification of the proposed EU-MERCOSUR trade deal, which includes changes to tariffs, would likely further increase EU imports of beef, chicken and soy. In particular, the introduction of a lower tariff for 99,000 t of beef is likely to increase beef imports from Brazil, which stood at 180,000 t in 2017. Similar lower-tariff quotas for chicken are likely to have a similar impact on chicken imports. In removing domestic taxes on raw materials, including soy, the agreement would likely increase soy exports from MERCOSUR.

In many of the producer countries covered by Trase, domestic sales of forest-risk commodities exceed exports to any single overseas market. Two of the most prominent examples are Brazilian beef, 80% of which is consumed in Brazil, and Indonesian palm oil, where 30% is consumed domestically. Not only are domestic markets often less transparent than international exports, but production for domestic markets is often more closely associated with deforestation frontiers.

Trase does not yet map the supply chains of domestic markets in detail, but Trase data on Indonesian palm oil shows that the domestic market had a relative deforestation risk that, at 24 ha/kt, was more than three times that associated with exports (7 ha/kt) in 2015, and a similar pattern holds for Brazilian beef.