Pace of pasture deforestation slows in the Chaco – but for how long?

Paraguay is experiencing some of the most intensive deforestation in the world in its Chaco region, and in recent years the cattle industry has been by far its biggest direct driver. Although cattle deforestation slowed significantly in recent years, there are signs it could soon accelerate again. 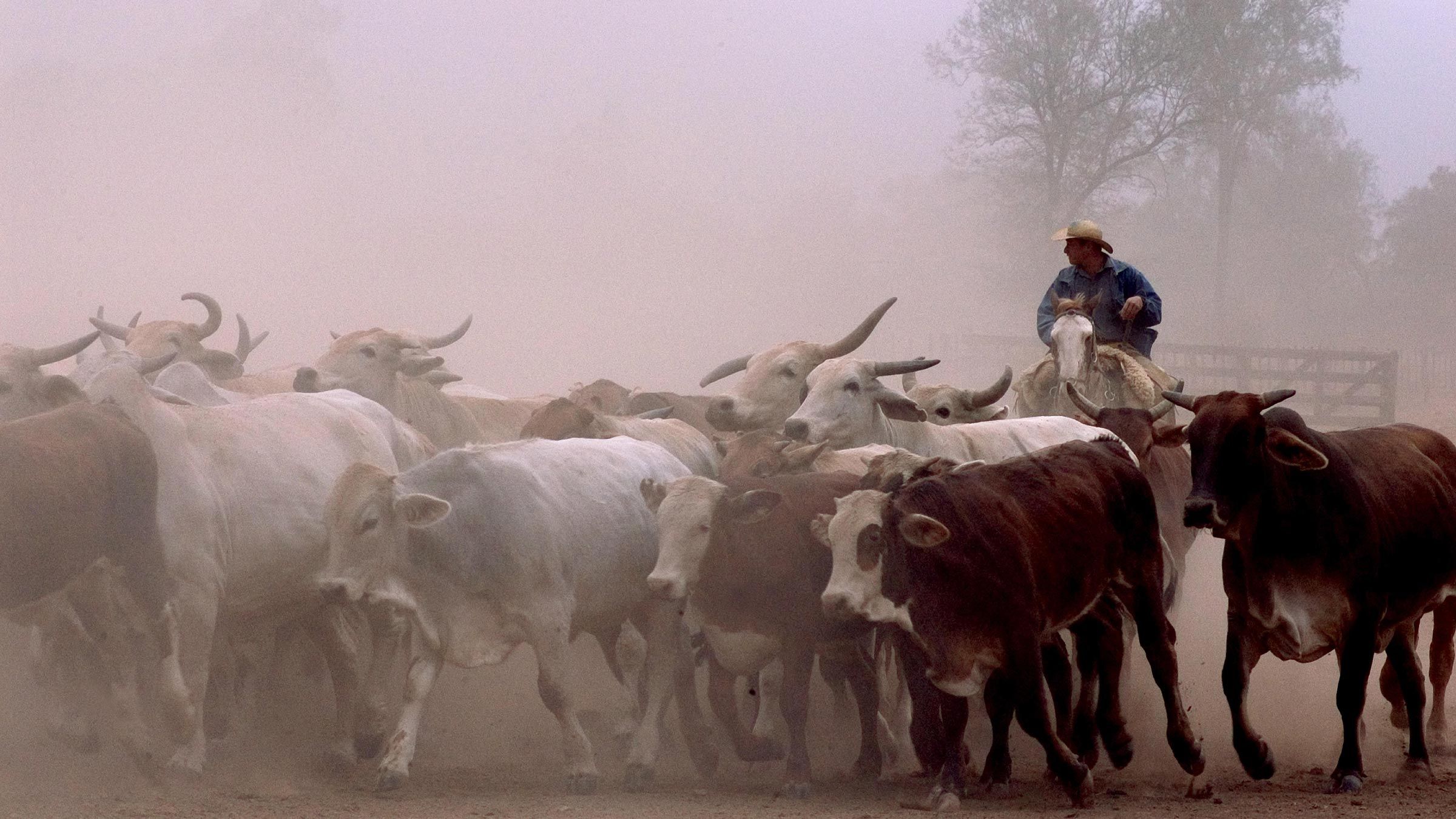 Beef production is a vital part of Paraguay’s economy, accounting for 20% of the country’s export revenue in 2018.

Cattle is the main driver of deforestation in the Chaco

A significant proportion of Paraguay’s cattle herd (45%) is raised in the western part of the country, where most of Paraguay’s remaining intact Chaco forest is found. Between 2010 and 2018 the Paraguayan part of the Chaco biome lost more than 2 million hectares of native vegetation, largely due to the expansion of cattle pasture. The Dry Chaco region in particular has seen some of the highest rates of deforestation in the world in the past decade.

of deforestation risk per 1,000 tonnes of beef exports sourced in the Chaco in 2018

Much of the deforestation in Paraguay was permitted under Paraguayan law. While a zero-deforestation law applies to eastern Paraguay, in western Paraguay (including the Dry Chaco and most of the Humid Chaco), if a property is larger than 20 ha, up to 45% of forest must be preserved as legal reserve and buffers for pasture and riparian areas .

The Dry Chaco accounted for approximately 92% and Humid Chaco 8% of the cattle deforestation risk associated with beef exports from the Chaco.

Note that currently due to data limitations Trase cannot currently calculate cattle deforestation risk for years prior to 2018 in the Chaco or for any years in the Atlantic Forest biome (in the east of the country). 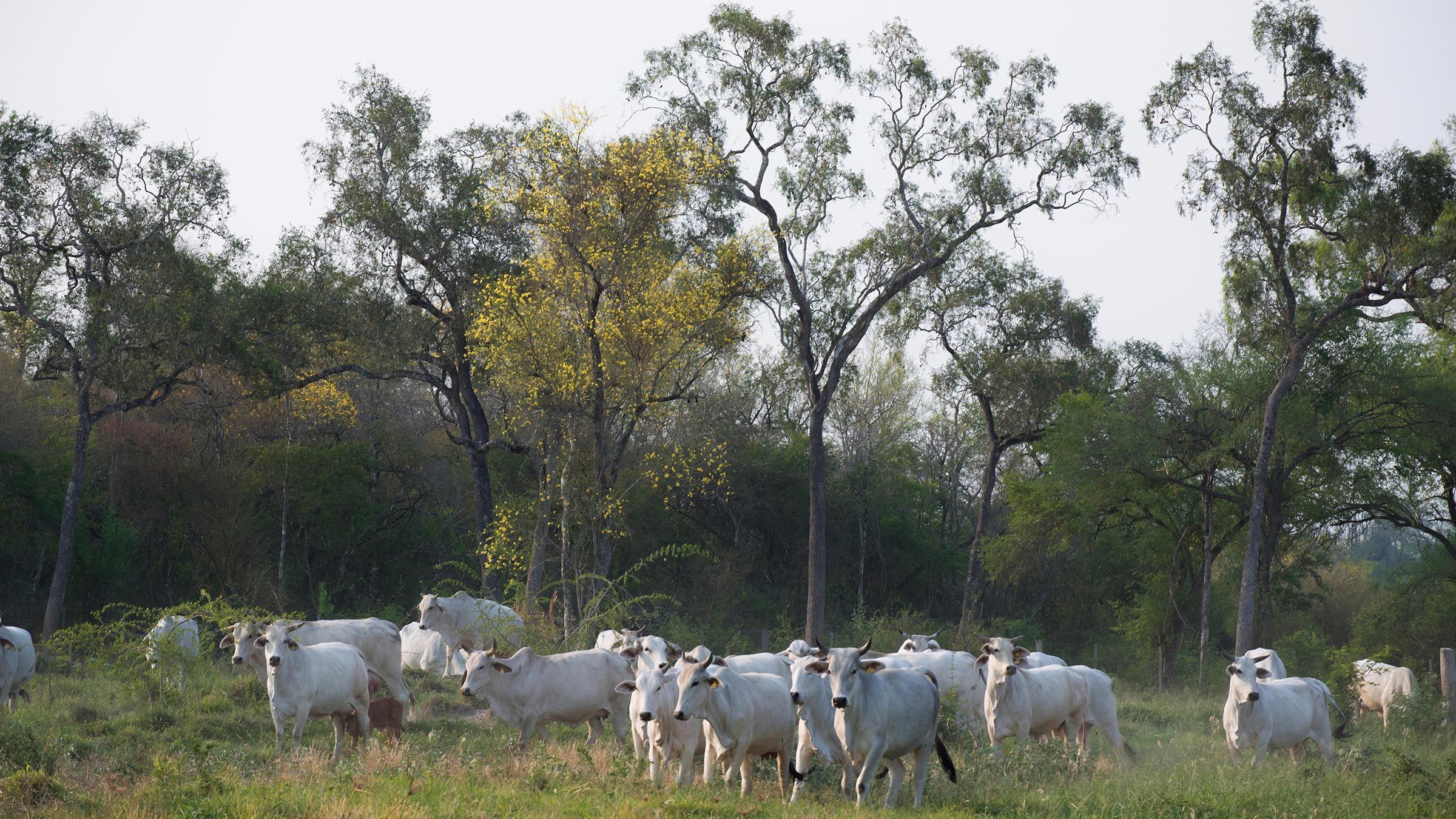 Only 14 companies exported Paraguayan beef in 2016–2018, and of these just five accounted for 88% of exports in 2018. The Brazilian Minerva group replaced Paraguayan meat producer, processor and trader Frigorífico Concepción in 2017 as the biggest exporter of Paraguayan beef, after Minerva bought up JBS Paraguay’s operations. (Minerva already owned the trader Frigomerc.) The Minerva group accounted for 42% (195,203 t) of Paraguay’s beef exports in 2018, Frigorífico Concepción for 24% (110,793 t). Mennonite cooperatives such as Cooperativa Fernheim, Cooperativa Chortitzer and Cooperativa Neuland together accounted for 22% of exports.

None of the companies exporting beef from Paraguay has a zero-deforestation commitment (ZDC) that applies to Paraguayan beef exports. The dominant trader, Minerva does have a commitment for the Brazilian Amazon but is yet to extend it to other sourcing regions . Beyond deforestation, the cattle industry in the Chaco is linked to issues such as slave labour , child labour and encroachment into indigenous land. None of the major exporter groups in 2018 had made any public commitments to address these issues in Paraguay.

In addition, there is currently little demand-side pressure on the industry. None of the main export destinations is a signatory of the New York Declaration on Forests or the Amsterdam Declarations , and the beef industry in Paraguay has so far escaped the kind of scrutiny the industry has attracted elsewhere, and especially in the Brazilian Amazon.

Increased production – and deforestation – on the horizon?

Paraguay has ambitious economic development plans for the livestock sector that include a significant increase in the herd size. Planned new roads in the Chaco, including the Bi-Oceanic Corridor, which will connect the Paraguayan Chaco to Brazilian, Chilean and Argentinian ports, is likely to bring with it expansion of production and deforestation.

However, Paraguay’s first nationally determined contribution under the Paris Agreement and national development plan recognise the need to control deforestation and increase the area of protected forest. Alongside the long-term trend of declining deforestation, there are recent signs of stronger efforts to address deforestation. These include a planned Forest Atlas , which will increase transparency on land-use change data, and the reversal of Decree 7702 , which enabled producers in the Chaco to clear all forest on their property.

Access to markets with higher environmental standards and greater consumer and company awareness of deforestation risks, such as the EU and the US, may bring increased pressure on the beef sector in Paraguay to improve the environmental and social safeguards associated with beef production.