Brazil's soy exports have doubled over the past decade in response to international demand, particularly from China. Exported deforestation risk in recent years has been mainly linked to soy sourced from the Cerrado biome, where zero-deforestation commitment coverage still lags behind the Amazon.

of deforestation across Brazil in 2018

Brazil is the world’s largest soy producer and exporter. Its exports have more than doubled in the last decade, in response to relentlessly growing international demand. Recent record harvests and the fallout from the US-China trade war that started in 2018 have further secured Brazil’s dominance of the global trade.

In 2018 Brazil exported 99.5 million tonnes of soy in the form of beans (83%), cake (16%) or oil (1%) , accounting for ~42% of all soy exports globally. The bulk of the Brazilian soy crop is used as feed in the poultry and pork industries, both domestic and overseas.

While direct soy deforestation is dwarfed by deforestation for cattle pasture (120,854 compared to 987,353 ha in 2018), soy expansion remains an important direct and indirect driver of deforestation in Brazil. Thanks to the Amazon Soy Moratorium there has been very little deforestation directly linked to soy in the Amazon since 2008 (although deforestation continues within soy growing farms in areas that are not planted by soy – with most of this deforestation being illegal). Direct conversion of the Cerrado for soy has declined by over 70% since the early 2000s, but Trase estimates that soy will occupy at least 15% of the land that was deforested in 2018 by 2023 (amounting to nearly 100,000 ha).

There was 120,854 ha of soy deforestation in the Brazilian Amazon and Cerrado in 2018

In 2010, China overtook the European Union as the largest export market for Brazilian soy, and its share of exports has continued to grow. Mainland China imported 68% (67.7 Mt) of Brazilian soy and 82% of Brazil’s soybean exports in 2018, having imposed a 25% tariff on imports of US soy in April of that year.

The likely future trajectory of demand from China is, however, unclear. The “phase one” trade deal China and the US signed in late 2019 saw a resurgence in its imports of US soy . Also, the African swine fever outbreak affecting the Chinese pork industry since August 2018 drove down China’s overall imports of soy in 2019, due to decreased demand for feed. This has also seen both its meat imports increase, including from Brazil, as well as its palm oil imports, including from Indonesia, as soy oil prices have risen as soy oil production has reduced in line with lower soymeal demand.

The soy exported by Brazil in 2018 alone was associated with a deforestation risk of 49,983 ha, equating to emissions of 8.3 Mt CO2 from land conversion.

In 2018 China and the EU had a similar level of relative deforestation risk exposure per 1000 t, at around 0.5 ha/kt – the market average for all exports. In both cases this was lower than in 2016, with the EU’s declining sharply from 1.25 ha/kt. 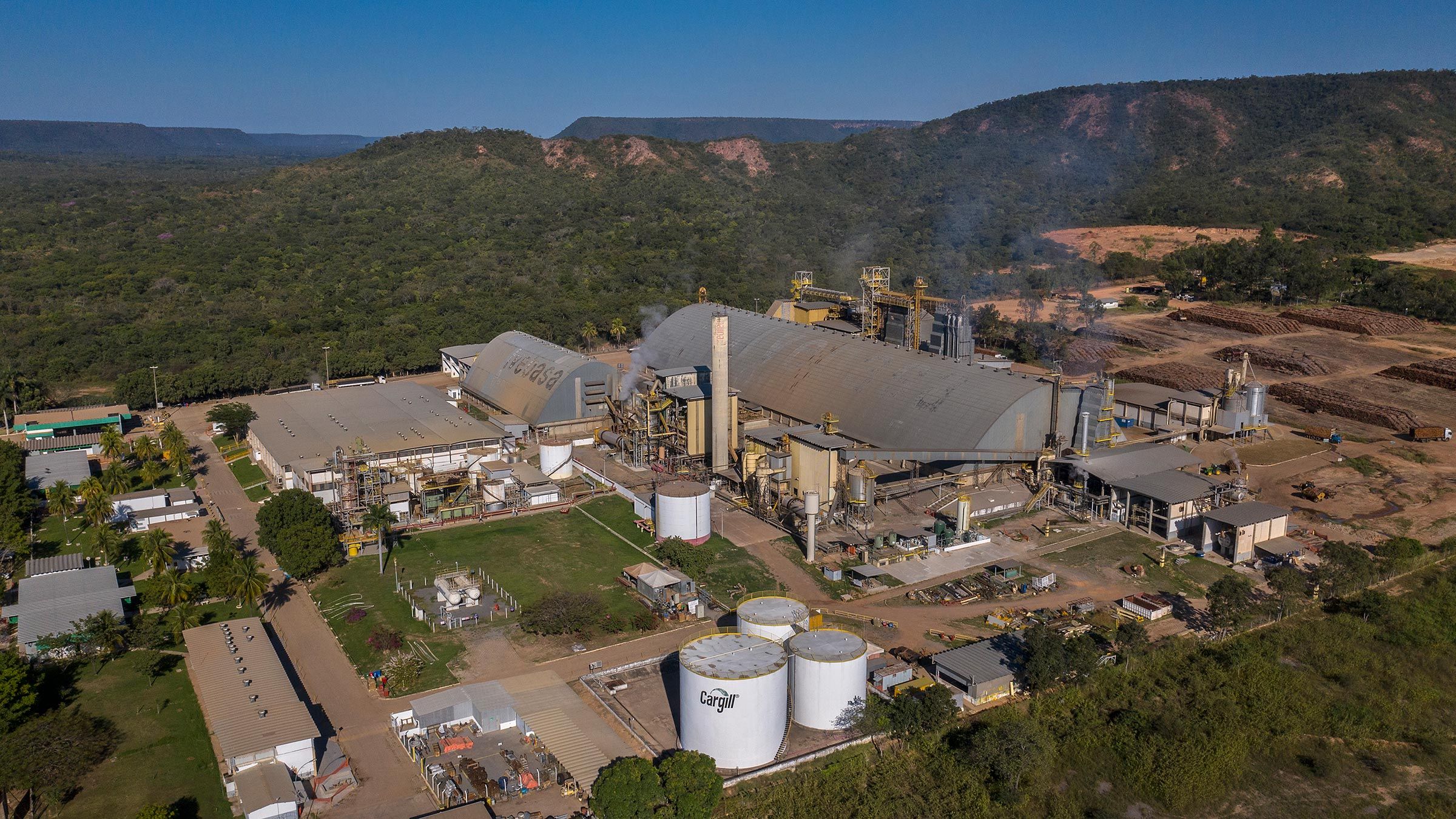 (21 out of 2,308) soy producing municipalities accounted for more than half of soy deforestation risk in 2018

Nearly 300 companies exported soy from Brazil in 2018. The “ABCD” traders continued to dominate the sector, with a combined 56% share of exports. While these four traders accounted for as much as 76% of all the deforestation risk associated with Brazilian soy exports in 2010, this share fell to 46% (21,615 ha) in 2018.

However, ALZ Grãos, a joint venture between two of the ABCD traders – Amaggi and Louis Dreyfus – and Zen-Noh, had the second highest total deforestation risk exposure of any exporter, at 7,400 ha, for 1.9 Mt of exports. ALZ has been pursuing an aggressive strategy of expansion since it began exporting in 2011, with year-on-year growth of almost 50%. Among the top 50 traders by export volume, Risa (5.9 ha/kt), NovaAgri (5.3 ha/kt) and ALZ Grãos (3.9 ha/kt) had the highest relative deforestation risk in 2018. The market average was 0.5 ha/kt. 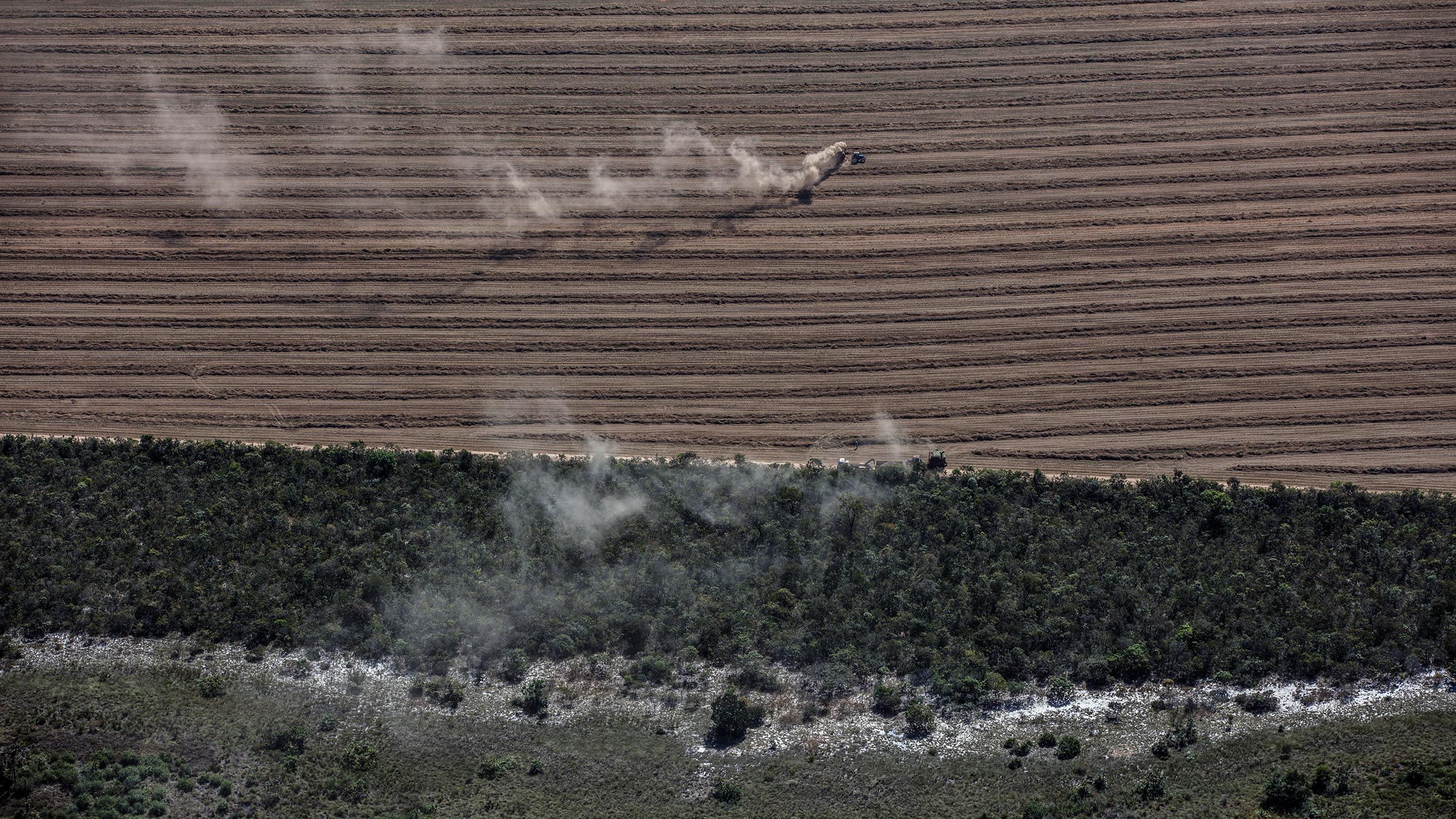 Some 89% of soy exports from the Amazon are covered by the voluntary Amazon Soy Moratorium . Nevertheless, Trase estimates that at least 23,000 ha of land deforested in the Amazon in 2018 is likely to be converted to soy within the next five years. Additional work led by Trase identified 115,000 ha of deforestation that had happened within the boundaries of soy farms, but not in areas planted with soy, between 2012 and 2017 in the state of Mato Grosso alone. Of this, 92% was illegal under Brazilian law.

In contrast, 61% of exports from the Cerrado in 2018 were covered by traders’ zero-deforestation commitments (ZDCs) , despite these exports being associated with a much higher relative deforestation risk than exports from the Amazon – 1.2 ha/kt compared to 0.4 ha/kt. This coverage had increased from 47% in 2016, thanks to new commitments by traders COFCO and Louis Dreyfus. Trase estimates that there was nearly 100,000 ha of deforestation for soy expansion in the Cerrado in 2018.

A study led by Trase on the effectiveness of ZDCs in the Brazilian soy sector concludes that whilst soy deforestation declined in the Amazon after the introduction of the Soy Moratorium, there is no observed change in the exposure of companies or countries adopting ZDCs to soy deforestation in the Cerrado.