Brazil’s chicken industry is the largest market for Brazilian soy after China and the European Union. Sourcing patterns mean that the direct soy deforestation footprint of exported chicken meat is very small per tonne. However, other sustainability concerns need to be addressed.

The feed crops consumed by the chicken and livestock industries in Brazil in 2018 included 42.4 Mt of maize and 15.0 Mt of soy. Roughly half was used for broiler chicken production, followed by pork (around 25%), dairy (8.5%) and egg production (9.5%). This meant that around 7% of Brazil’s soy output and more than 22% of its corn output went to the chicken industry. 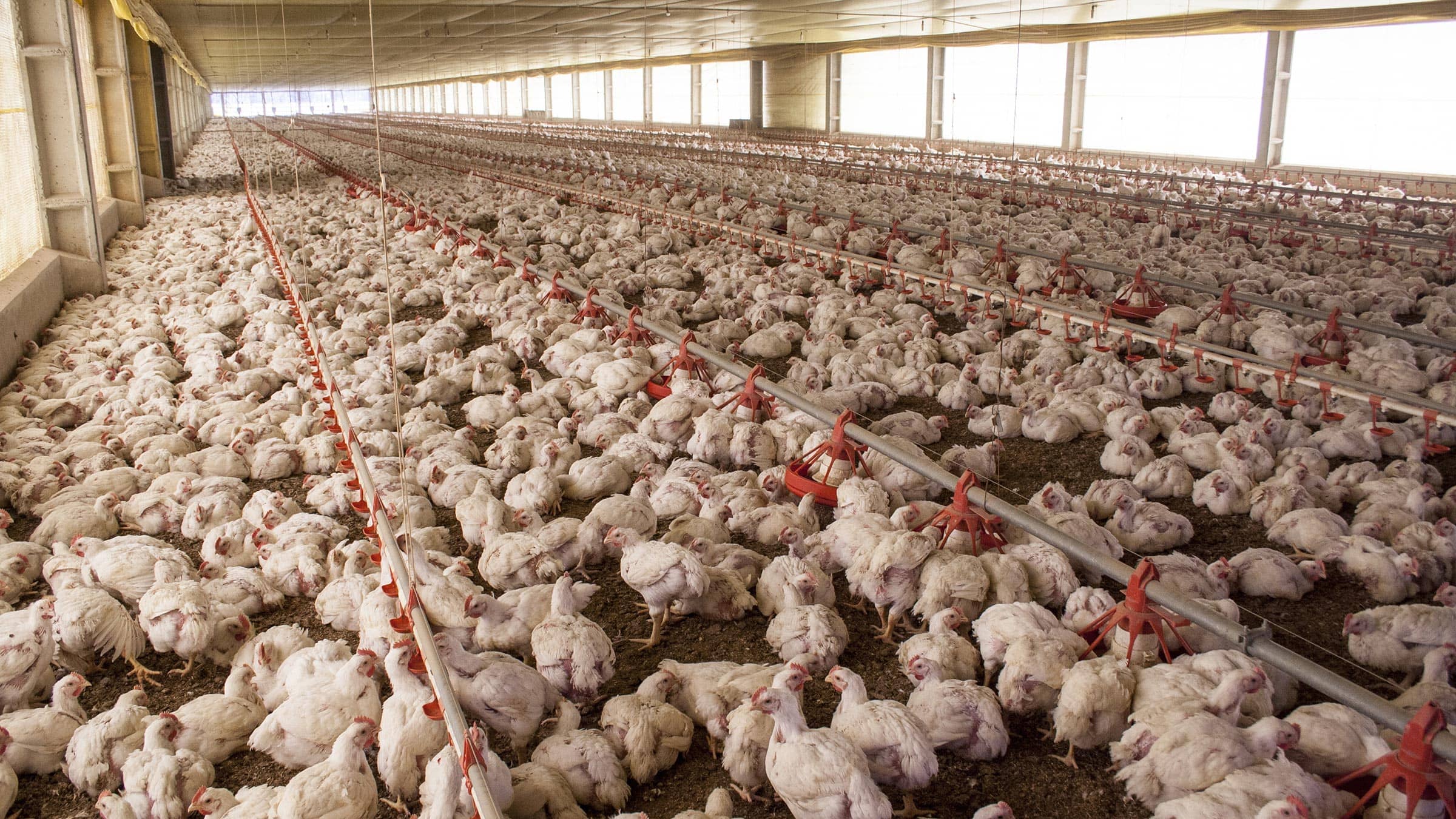 Brazil exported 4.03 Mt of chicken in 2018, around 31% of its total production. However, the domestic market for chicken meat is also very large. Per capita domestic consumption of Brazilian chicken reached 41.99 kg in 2018, having increased steadily by almost 0.4 kg per year in the previous decade.

The main destination for Brazilian chicken exports in 2018 was China (16%; mainland and Hong Kong combined), followed by Saudi Arabia (12%) and Japan (10%).

Brazil is the world leader in halal meat exports. The 22 Arab League countries, which import exclusively halal meat, accounted for 39.2% of Brazilian chicken exports in 2018. The percentage was even higher when other countries with large Muslim populations are included. This underscores the importance of building awareness in these countries of the potential environmental impacts associated with consumption of imported commodities.

Despite the large volumes, chicken exports are handled by a relatively small number of traders. The BRF group – comprising BRF SA (0.542 Mt) and a subsidiary specialised in halal production, SHB Comercio e Industria de Alimentos (0.771 Mt) – together handled 33% of exports in 2018. JBS, the biggest exporter of Brazilian beef, controlled 24% of the export market of chicken, through subsidiaries JBS Aves and SEARA Alimentos (the largest Brazilian exporter, handling 0.957 Mt).

Most chicken production in Brazil is industrial and highly intensive, requiring relatively little land but a large amount of feed.

Initial Trase analysis suggests that the 2.7 Mt of soy needed for Brazil’s chicken exports in 2018 was linked to only around 200 ha of deforestation risk . This was because most Brazilian chicken is fed with soy sourced locally, and the vast majority of exported chicken is raised in the southeast of Brazil, where there is little remaining forest. However, the large demand for soy and corn to feed chicken exerts considerable pressure for cropland expansion, fuelling demand for expansion into new areas, often forested.

of soy deforestation risk per 1,000 tonnes of chicken exports in 2018

As for exports, chicken production for the domestic market is also predominantly in southeastern Brazil, but is much more widely distributed, including near deforestation frontiers in the Amazon and Cerrado biomes. It is thus associated with higher levels of deforestation per kg of meat than exported chicken.

About 30% of the almost 5.5 Mt of soy supplying domestic demand for chicken in 2018 was produced in states with higher levels of deforestation, including Mato Grosso, Bahia and Pará. Another 1.6 Mt was linked directly and indirectly, through the displacement of pastures onto forest, to deforestation associated with soy expansion in forest risk regions. However, this is a relatively small amount of soy vis-à-vis the large production in these areas, which have the largest proportions of international export demand.

Given that much of the soy exported from Brazil will end up as chicken feed in other countries, it is worth noting that the Brazilian industry is very efficient at turning feed crops into meat protein: at a feed conversion ratio of about 1.7 kg of feed/kg of weight gain compared to a global average of about 2, and with feed produced in-country and generally close to production and export centres. In addition, exporting meat rather than feed crops adds more value for the Brazilian economy, as well as potentially reducing transport emissions throughout the product life cycle.

Nevertheless, there are important sustainability concerns connected with Brazilian chicken, including water pollution that impacts biodiversity and water quality. High concentrations of arsenic, copper, selenium and zinc in water can affect human and animal health. Waste and run-off from chicken farms also contains traces of antibiotics and hormones, as well as nitrates and pathogens that can contaminate drinking water. Brazilian production for exports is also extremely industrialized, with poor conditions in terms of animal welfare (space, mobility). These impacts can all be substantially mitigated with the adoption of more sustainable production and processing systems.