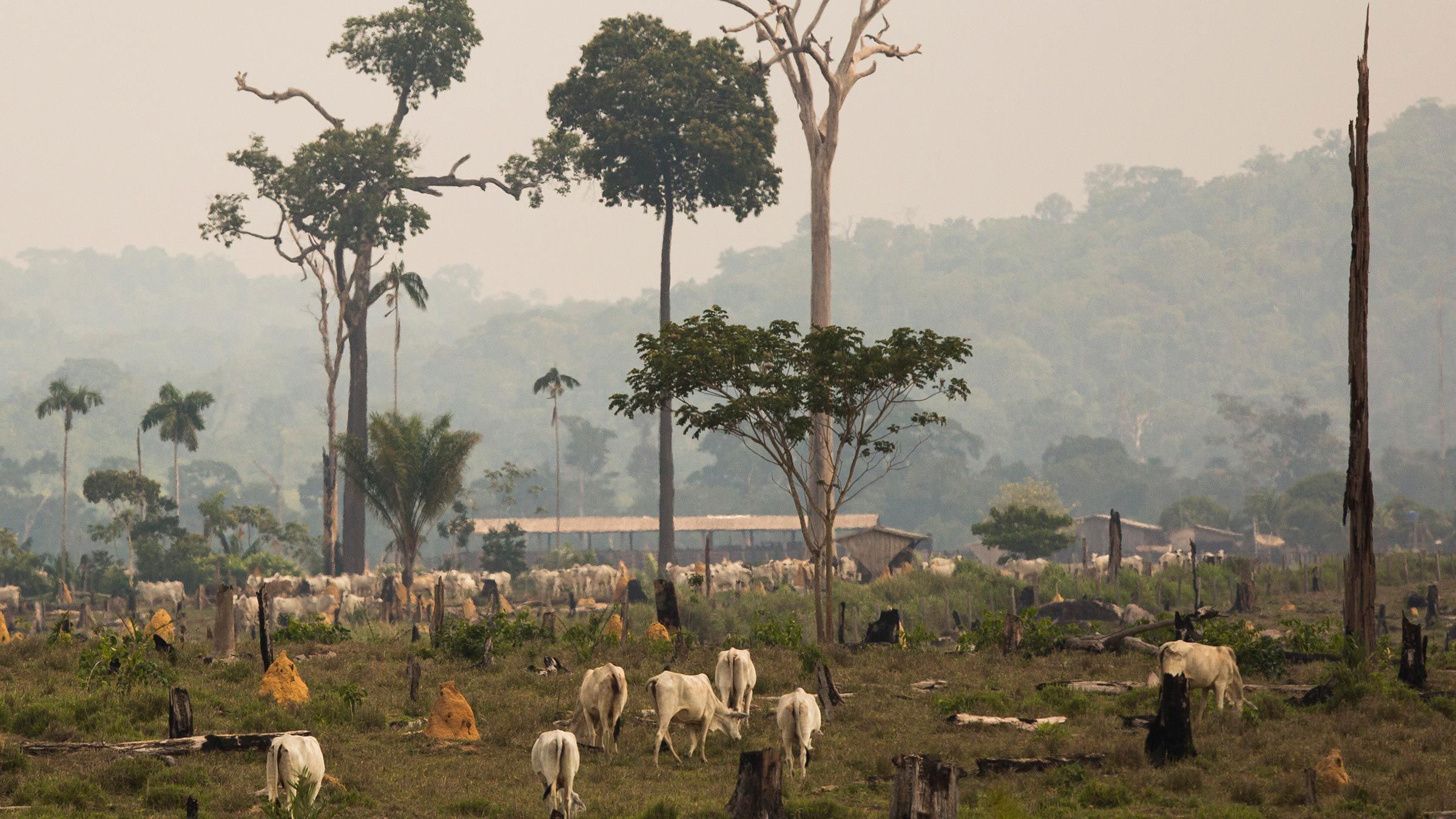 US companies’ exposure to deforestation risk is set to increase steeply after the US government lifted restrictions on imports of fresh and frozen beef from Brazil in March 2020.

Over the past few years, the US has been one of Brazil’s major trade partners for beef, importing processed beef products (beef jerky and corned beef) from slaughter and processing facilities in the south of Brazil, mainly in São Paulo. The US has historically not permitted fresh meat imports from Brazil, because of concerns about mad cow disease and food safety standards.

The deforestation risk associated with US imports of Brazilian beef has been low, coming mostly from cattle originating in Mato Grosso do Sul state. However, a very different picture emerged when the fresh meat ban was briefly lifted in July 2016. Between July 2016 and July 2017 the volume of beef exports to the US doubled.

Critically for imported deforestation risk, the sourcing pattern for fresh and frozen beef was very different to that for processed beef, with much more coming from states in the legal Amazon : Pará, Mato Grosso and Rondônia. As a result, US companies’ exposure to deforestation risk from Brazilian beef imports more than trebled.

A similar pattern is likely to play out with this year’s lifting of the fresh meat ban, with US companies and consumers at significantly higher risk of buying products linked to deforestation. US imports of beef from Brazil are set to grow substantially, as US slaughterhouses have been disproportionately hit by coronavirus; outbreaks in April cut the country’s cattle slaughtering capacity by 10%.

The association of different beef products with different source areas also has implications for other buyers of Brazilian beef. Halal markets are already highly exposed to deforestation due to live cattle exports being sourced mainly from northern Brazil.

Similarly, there will be knock-on effects on the exposure of other major markets to deforestation risk as import restrictions on Brazilian beef imports are lifted. Among these are the European Union, which is progressively declaring more Brazilian Amazon states free of foot-and-mouth disease, and China, which is licensing more Brazilian slaughterhouses for imports.

Companies in consumer markets, including the US, can only minimise their exposure to deforestation by pushing for improved traceability in Brazilian cattle supply chains. Efforts by companies such as JBS, Minerva and Marfrig to monitor direct suppliers are an important first step. But slaughterhouses need to monitor both direct and indirect cattle suppliers, because Brazilian cattle frequently move between farms twice or more during their rearing, and the monitoring needs to be independently audited and publicly reported.