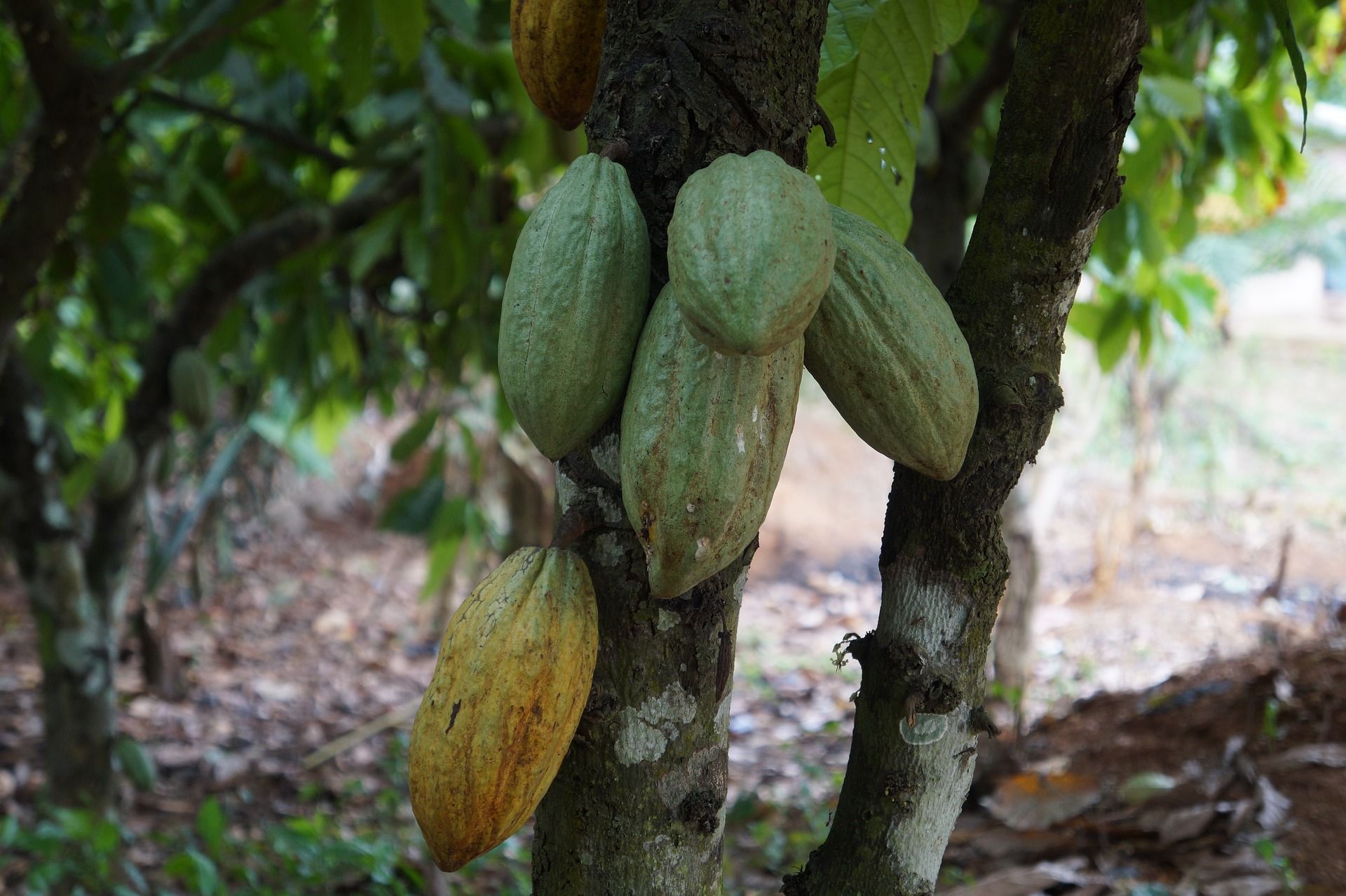 New Trase data reveals the companies which export cocoa from Côte d'Ivoire and Ghana, and the countries which import it

The global cocoa sector is worth more than US$44 billion per year , with chocolate products eaten and drunk by billions of consumers around the world. This journey begins with cocoa beans harvested by millions of smallholder farmers, particularly in West Africa. More than 60% of all cocoa beans are grown in Côte d'Ivoire and Ghana.

The cocoa sector is crucially important to these economies, making up more than 20% of all exports by value, as well as being a major employer. Despite a growing number of sustainability commitments by companies in the cocoa sector, cocoa value chains continue to be dogged by persistent poverty, child labour and deforestation. Ninety percent of farmers do not earn a living income , two out of every five children in farming communities are engaged in hazardous forms of child labour , and cocoa is the fourth largest source of commodity-driven deforestation globally, after beef, soy, and oil palm .

This data reveals the volumes of cocoa handled by each trading company, the prices paid at the point of export, and the countries who import it. Trase now covers cocoa exports from countries responsible for 70% of global cocoa production, with this data from West Africa joining data from Colombia, Peru and Brazil already available on trase.earth .

Trase’s cocoa work is ongoing. In the summer of 2021, Trase will follow up with even higher-resolution data, mapping cocoa exports from Côte d'Ivoire back to specific départements. Similar subnational data for Ghana is due to be published in early 2022.

Ghana’s cocoa market is partially liberalised. COCOBOD, the Ghana Cocoa Board, oversees many parts of the supply chain, directly controlling the export of almost all raw beans through the Cocoa Marketing Company. Raw beans account for 71% of Ghana’s cocoa exports by mass and 59% of exports by value.

Domestic and international trading companies purchase these beans from the Cocoa Marketing Company and arrange their import into international markets, where the beans are processed into cocoa butter, paste and powder, and mixed with other ingredients to make chocolate.

Some trading companies also process cocoa in Ghana before export. For example, more than 45% and 60% of exports, by weight and value respectively, by the Franco-Belgian company Barry Callebaut and US company Cargill, were in the form of processed products (cocoa paste, butter and powder). In contrast, the French companies Touton and Sucden exported cocoa almost exclusively as raw beans. Raw bean exports add less value to the economy of producer countries.

In Côte d’Ivoire, traders purchase a license from the Cocoa-Coffee Board to export a specific volume of cocoa at a pre-agreed reference price. More than 120 companies handle cocoa exports, though the market is concentrated. Ten companies handle two-thirds of all exports.

More than four-fifths of all cocoa exports by the French company Cémoi were in the form of processed cocoa products, originating from their processing plant in Abidjan. Cargill and Barry Callebaut exported 37% and 65%, respectively, of their cocoa as processed products (by weight). Where only 10% of Olam’s cocoa exports (by weight) from Ghana were processed cocoa products, in Côte d’Ivoire 55% of their exports were in the form of cocoa butter and paste. Overall, a similar proportion of cocoa was processed within Côte d’Ivoire as in Ghana (26% and 29%, respectively, of cocoa exports by weight).

In addition to exports by international traders, some large farmer cooperatives in Côte d'Ivoire directly handle the export of cocoa from their farmer members. Across 2016-2019, more than 20 cooperatives exported directly each year, handling around 10% of cocoa exports.

Where is the cocoa going?

Within the EU, the Netherlands is the largest importing country. Around three-quarters of beans arriving in the Netherlands are processed in the country , the remainder are re-exported to the rest of Europe and beyond. Notably, Switzerland, a major chocolate processor, is land-locked and does not import cocoa directly. Switzerland therefore does not appear as a destination in Trase's data, though it receives cocoa imported into re-export hubs such as the Netherlands, Germany and France.

Several initiatives have been launched in recent years to make cocoa supply chains more sustainable. These include the Cocoa Forests Initiative (CFI) , pending legislation from importing markets (the US, UK and EU) on forced labour and deforestation linked to imports, the launch of the Living Income Differential by the governments of Côte d’Ivoire and Ghana and ongoing efforts towards the elaboration of an African Regional Standard for sustainable cocoa.

Supply chain transparency, as enabled by Trase, is critical to supporting these efforts by improving the accountability and sustainability of global value chains.

The state of supply chain transparency

Recently, a number of major traders and cocoa processing companies have disclosed lists of suppliers in West Africa. These include processors such as Nestlé and Mars reporting which traders and cooperatives they source from, and traders such as Barry Callebaut, Touton and Sucden reporting their cooperative suppliers. Trase is working to integrate these company self-disclosures to trace export volumes back to specific regions within each country. Subnational data for Côte d'Ivoire detailing the supply chain and deforestation risks of each company and importing country will be published in the summer of 2021.

Many companies make use of certification to communicate the sustainability of their sourcing. More than one-third of cocoa in Côte d'Ivoire and a quarter of cocoa in Ghana have some form of certification (e.g. UTZ/Rainforest Alliance or Fairtrade). No companies have yet moved to disclose information for their certified volumes – how much they source from which certified supplier (i.e. cooperative, in the case of Côte d'Ivoire). This lack of transparency remains a major barrier to understanding the market share and trade in certified products. Similarly, once cocoa arrives within Europe, little information is disclosed about the flow of processed products within the EU-bloc. Here, retailers can lead by being more transparent, disclosing where the chocolate they sell is processed and the identity of their tier-2 suppliers (in this case, traders).

Trase is a supply chain transparency initiative that transforms our understanding of globally traded agricultural commodities. It empowers companies, governments and others to address sustainability risks and opportunities by linking supply chain actors to production landscapes across the world.

At the core of the Trase initiative is trase.earth , an open-access online platform providing greater supply chain transparency. Trase allows users to map supply chains of internationally traded agricultural commodities, such as palm oil, beef, soy, and cocoa, from the countries where they are produced to the countries that import them, identifying the key supply chain companies along the way. The platform offers a powerful response to the need for credible information on the traceability and sustainability performance of commodity supply chains.

The Trase data presented above is based on processed per shipment trade records. They include the identity of the exporting company in Côte d'Ivoire and both the exporting and importing companies in Ghana, and their destination markets.

We validate the Trase data by comparing the reported values with data from ICCO (2017-18 season) and Comtrade (2018-2019). There is good agreement among all datasets, though the Trase and Comtrade data report lower volumes of cocoa powder exports than the ICCO.

Trase data is open-access and freely available for download at www.trase.earth/data .