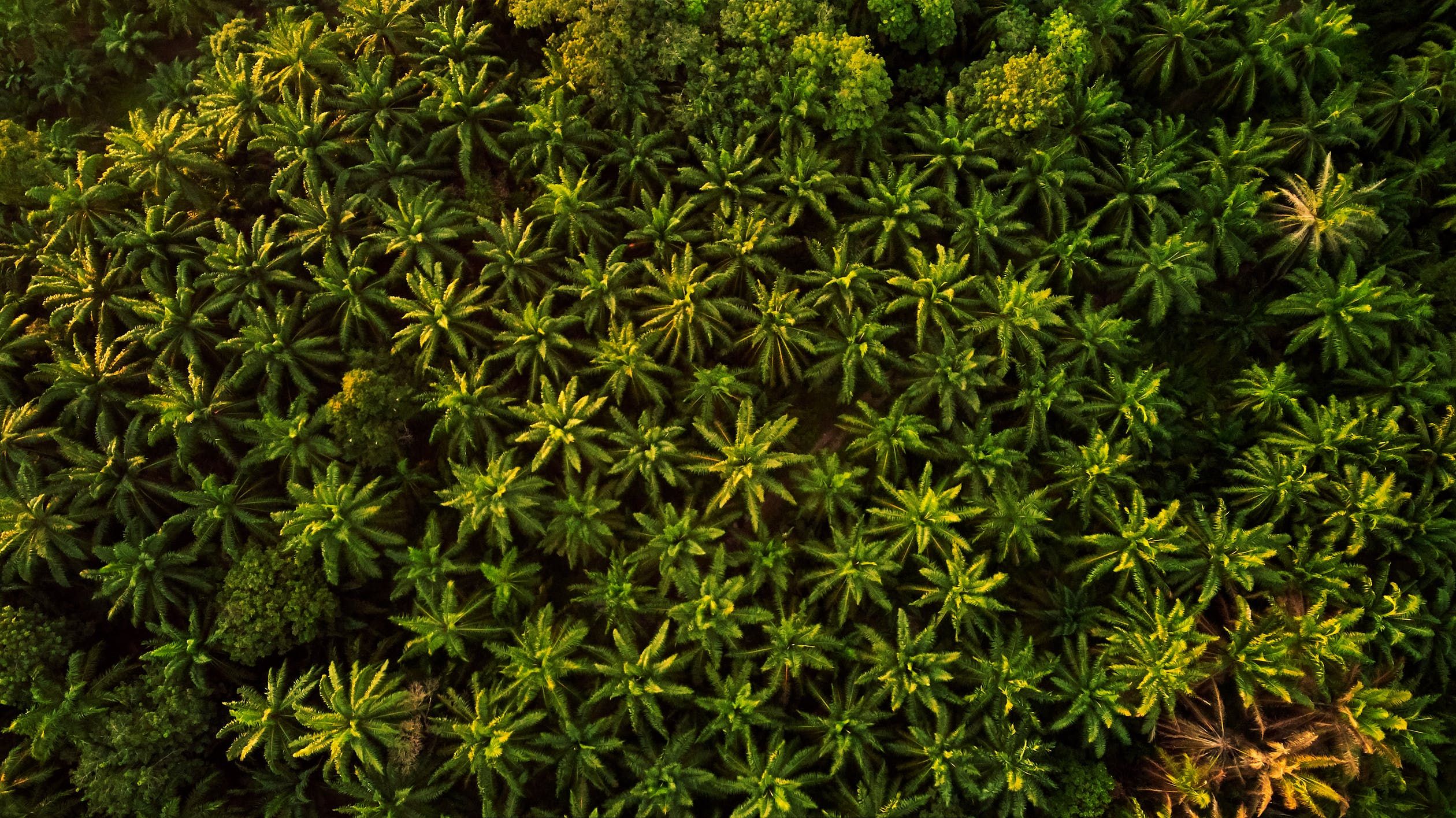 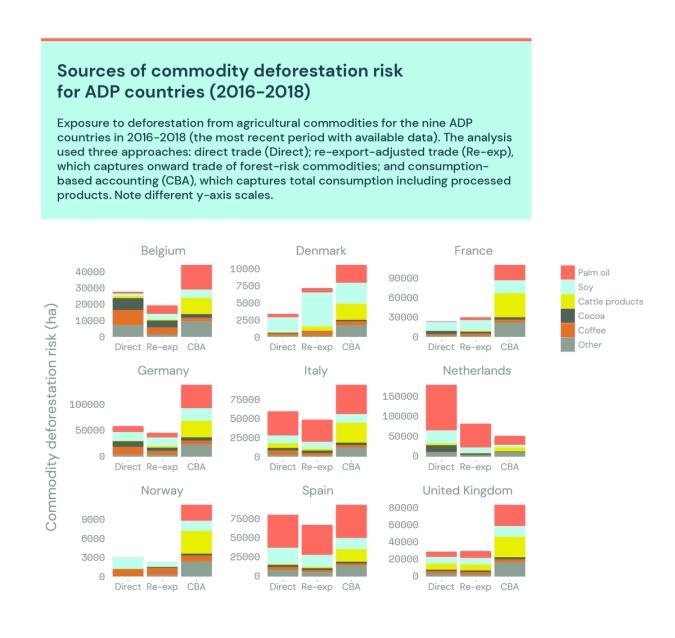 Nine European countries have committed to eliminate deforestation from agricultural commodities by 2025 through the Amsterdam Declarations Partnership (ADP) . Trase reveals the scale of the challenge, shows how it varies between signatory countries and highlights where action could be prioritised.

In 2014-2018, ADP countries directly imported soybeans, palm oil and other commodities linked to 786,000 hectares of tropical deforestation. If deforestation ‘embedded’ in processed products is included, the figure increases to over one million hectares – an area one-third the size of Belgium.

Unlike other countries, the Netherlands has a strikingly higher exposure to deforestation from its direct imports than from its total consumption. This is because of the role that the port of Rotterdam plays as a logistics hub for importing deforestation-risk commodities that are mostly consumed elsewhere.

Tackling deforestation will take coordinated action between ADP and producer countries. Understanding the supply chains that drive global nature loss is a critical part of the solution. Read more about Germany’s deforestation-risk hotspots .