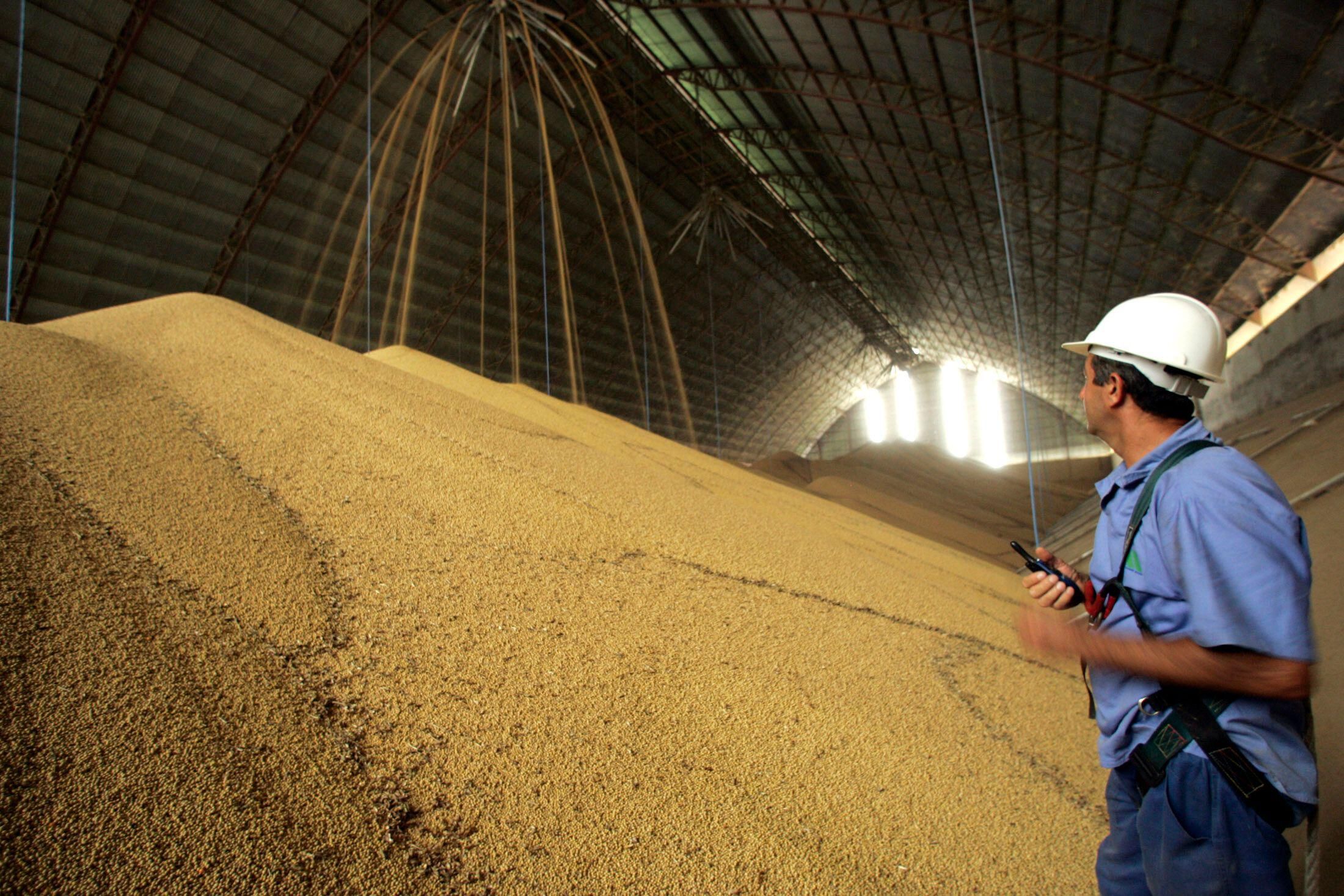 While the rate of deforestation and land conversion driven by the expansion of soy production in Brazil has slowed, the Amazon and Cerrado continue to be cleared despite zero-deforestation commitments made by soy traders, according to Trase data for 2019-2020. Land clearance in the Pampas grasslands is accelerating to meet growing demand for soy, including from China.

Brazil is the world’s largest soy producer and exporter. In 2021, it produced almost 135 million tonnes of soy of which 105.5 million tonnes was exported as 82% raw soybeans, 16% soybean cake and 2% soybean oil. Soy was Brazil’s second largest export, accounting for 14% of total exports in 2021 and generating an annual revenue of almost US$ 48 billion .

This suggests a weakening of soy as a direct driver of deforestation and conversion, with most expansion occurring on former cattle pastures, although soy expansion still likely plays a key indirect role in driving further deforestation by displacing expansion of pastures. Of the 37.2 Mha of soy planted in 2020, 6.2% (2.3 Mha) were pasture in 2015 . This percentage increases if we look further back.

The decline in soy-driven deforestation could be put at risk by future demand for soy. Since 2019, the price of soy has increased due to demand for soy-based animal feed from China, increasing global food prices and Russia’s war in Ukraine. Soy prices in 2022 have stabilised but remain high, potentially incentivising further deforestation and conversion to expand soy plantations.

The municipalities of São Gabriel and Dom Pedrito in southern Brazil’s Rio Grande do Sul had 17,600 and 12,800 ha respectively of soy deforestation in areas of native Pampas, placing them in the top-five municipalities with the highest soy deforestation in 2020 alongside Feliz Natal in Mato Grosso, Uruçuí in Piauí, and Santana do Livramento, also in Rio Grande do Sul.

The Pampas biome is an area rich in native grasslands which makes it suitable for cattle grazing. In 2020, each tonne of soy produced in the Pampas was linked to the clearance of over 10 times as much natural vegetation as a tonne from the Cerrado.

Although only 4% of Brazil’s soy deforestation in 2020 occurred in the Atlantic Rainforest (23,600 ha), this is of particular concern as it has been illegal to clear native Atlantic forests since 2006. In the UK, new legislation will prevent the use of commodities unless they were produced in compliance with ‘relevant local laws’ .

The EU is finalising a draft regulation requiring mandatory due diligence on imports of certain agricultural commodities, including soy from Brazil, to prohibit products grown on land deforested after a cut-off date (likely to be the end of 2019 or later). The regulation would establish a risk assessment system to identify and categorise the ‘high’, ‘low’ or ‘standard’ risk regions within producer countries.

This means that 2,079 soy-producing municipalities in Brazil, representing 49% of production (59.6 million tonnes) and 51% of exports (42.7 million tonnes), have negligible levels of deforestation and conversion risk. If implemented effectively , the EU’s risk-based approach to due diligence could focus regulatory efforts where they are most needed, while lowering the cost of compliance for exports from low-risk areas.

The large, established traders – Bunge, Cargill and Archer Daniels Midland – continue to be the most exposed to deforestation and conversion from exports of Brazilian soy, although they all show a decreasing trend in 2018-2020. This might be attributed to companies’ efforts to clean their supply chains or to the stabilisation of some agricultural regions, where less soy-suitable lands with remaining native vegetation are available.

Following rapid expansion into trading Brazilian soy since 2017, Singapore-based Olam Group is now among the top five traders linked to soy deforestation and conversion, together with Gavilon.

China has the largest soy deforestation and conversion exposure

The EU’s soy deforestation exposure decreased from 56,100 ha in 2018 to 29,800 in 2020, much lower than 2015 when it peaked at 201,000 ha. This figure reflects an overall declining trend, but also a shift in sourcing patterns in favour of regions with less recent deforestation and conversion. Portugal stands out as the EU country of first import with the highest intensity of exposure to deforestation per tonne of imported soy.

Zero-deforestation commitments fail to protect the Amazon and Cerrado

By 2020, 133,000 ha of deforestation linked to soy production had taken place over the previous decade in areas of the Amazon which were supposed to have been protected by the Soy Moratorium since 2008. The Moratorium is a voluntary zero-deforestation commitment signed by 25 companies that are members of trade associations Abiove and ANEC , and that together account for about 95% of soy produced in the Amazon.

These companies have made similar individual zero-deforestation commitments that cover other areas such as the Cerrado. In total, ZDCs covered about 50% of Brazil’s soy exports in 2020.

The fact that half of Brazil’s soy exports are not covered by ZDCs and that deforestation is still rampant in the Amazon and Cerrado more than a decade after they were signed highlights the limitations of the voluntary approach, and that policymakers may need to consider regulatory measures and ways to strengthen enforcement.

This experience also casts doubt on the prospects of traders achieving their Agriculture Sector Roadmap to 1.5°C , which was announced at the COP27 climate conference in November 2022, to limit carbon emissions from land-use change.

Clearing carbon-rich forests, grasslands and other natural ecosystems and replacing them with soy fields releases greenhouse gases (measured as the equivalent of carbon dioxide) that drive climate change.

Brazilian soy deforestation and conversion linked to the 2020 harvest resulted in the release of 28 million tonnes of carbon from native vegetation, equivalent to 103 million tonnes of CO₂ – 11% of the country's total land use change annual emissions . Soy replaced three times as much native vegetation in the Cerrado as the Amazon – but emissions from land clearance were at the same levels for both biomes. In 2020 there was 133,000 ha of soy in the Amazon planted on land deforested after the 2008 Soy Moratorium cut-off date. This deforestation was linked to 69 million tonnes of CO₂ emissions.