Hong Kong’s imports of beef from Brazil come with a much higher deforestation risk per tonne than those going to mainland China: 64 hectares of deforestation per 1000 tonnes versus 36 ha/1000 t, on average, in 2017.

This discrepancy is due to their very different sourcing patterns. Hong Kong was historically included in the “lista geral” – a list of countries that accepted imports from all slaughterhouses licensed for export by the Brazilian federal government – whereas mainland China licenses a much smaller set of facilities, mainly in south-eastern Brazil and far from deforestation frontiers.

However, in 2019 mainland China approved beef imports to mainland ports from more than 20 new Brazilian slaughterhouses. This is likely to significantly affect the distribution of deforestation risk exposure between Hong Kong and the mainland. Two thirds of these new slaughterhouses are in the Amazon , the region with the highest deforestation risk per tonne of beef exports. 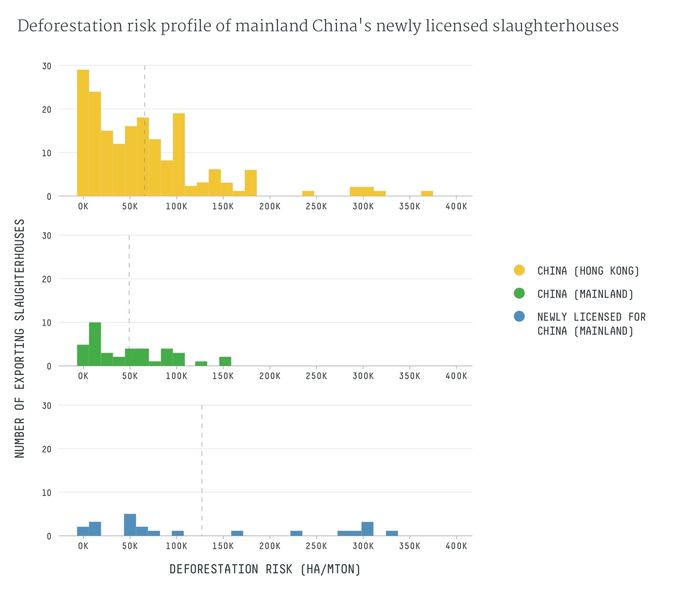